There are several valid reasons for taking benefits ahead of full retirement age, but here's one common excuse that just shouldn't fly.

Even if you save respectably for retirement, there's a good chance Social Security will constitute a substantial source of income during your golden years. So, it pays to get as much out of it as you can.

Your Social Security benefits will largely depend on what you earned during your career -- specifically, your highest-paid 35 years on the job. The age at which you file for benefits, however, will have a significant impact as well.

If you file for Social Security at your full retirement age, or FRA, you'll get the exact monthly benefit your earnings record entitles you to. FRA is either 66, 67, or 66 and a certain number of months, depending on the year you were born. 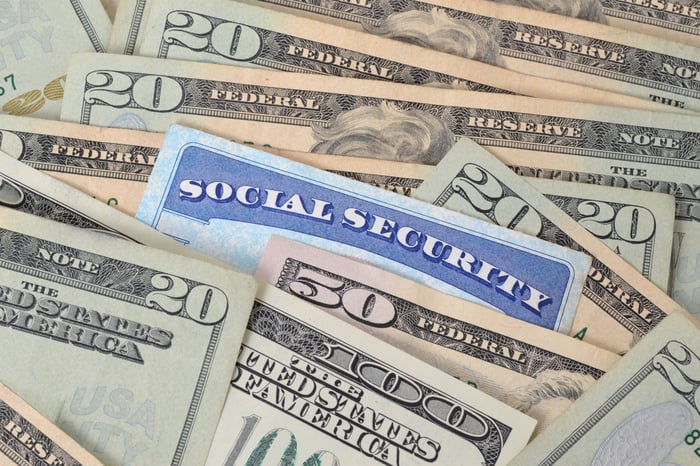 You can also file for Social Security as early as age 62 and as late as age 70. Your benefits will be reduced for each month you claim them ahead of FRA, and they'll increase if you hold off on taking them past FRA.

Most seniors, however, go the former route, and in fact file at the earliest possible age of 62. And despite the reduction in benefits that ensues, there are several good reasons for filing early. If, for example, you become unemployed prior to reaching FRA and don't have enough savings to live on, claiming Social Security absolutely makes sense. Similarly, if your health is poor, it generally pays to file for Social Security as early as possible.

But here's one reason you shouldn't rush to file for benefits: You think Social Security is going bankrupt. Though rumors abound that Social Security is rapidly running out of money, in reality, that's far from the truth. And if you claim benefits early on the basis of a lie, you're apt to regret that decision after the fact.

The reason so many people think Social Security is going broke boils down to the fact that the program's trust funds are running out. By 2035, they will likely be depleted. At that point, the program may have no choice but to cut scheduled benefits by up to 20% (according to the latest projections) unless Congress intervenes with a fix.

But there's a very big difference between that scenario and Social Security running out of money completely. The latter can't actually happen because Social Security is funded primarily by payroll taxes, so as long as we still have a workforce, the program gets its money. Thus, the worst-case scenario on the table right now is a reduction in benefits, which you might further exacerbate by claiming those benefits before you're eligible to collect them in full.

Furthermore, while the program's financial future does look a bit shaky, remember that millions of seniors today get the bulk, if not all, of their income from Social Security. It's in lawmakers' best interest, therefore, to come up with a solution to the problem of the program's trust funds running dry, and they still have a solid 16 years to make that happen.

So, if you have a valid reason for claiming Social Security ahead of FRA, then by all means, go for it. But don't slash your benefits because you fear the program is running out of money. In doing so, you'll only end up compromising your retirement and, potentially, all for nothing.