Please ensure Javascript is enabled for purposes of website accessibility
Log In Help Join The Motley Fool
Free Article Join Over 1 Million Premium Members And Get More In-Depth Stock Guidance and Research
By Maurie Backman – Updated May 7, 2019 at 2:03PM

Talk about giving up money for nothing.

Millions of seniors count on Social Security as a major source of retirement income. As such, it pays to maximize those benefits to the greatest extent possible. Many people, however, do the opposite -- they file for benefits early, which slashes their monthly payments.

Now, your monthly benefit payments are calculated based on what you earned during your 35 highest-paid years on the job, but you're not entitled to your full benefits until you reach what's known as full retirement age, or FRA. That age is either 66, 67, or 66 and a certain number of months, depending on the year you were born. Meanwhile, you're allowed to claim benefits as early as age 62, but for each month you file ahead of FRA, you reduce the size of your monthly payments. 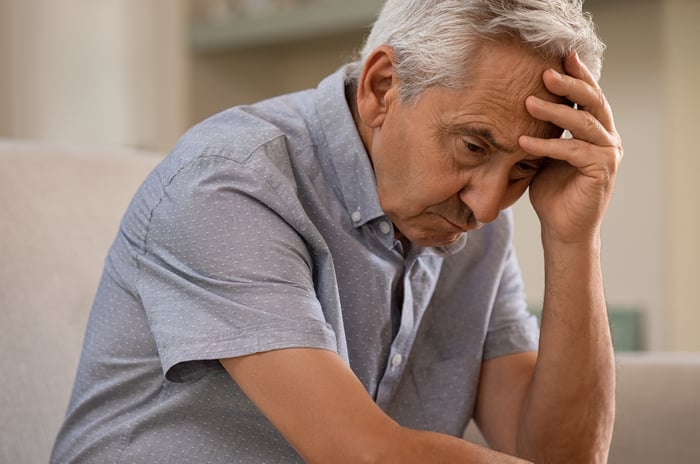 What sort of reduction might you be looking at? Specifically, you'll lose 6.67% of your benefits per year for the first 36 months you file ahead of FRA, and then 5% a year for each year thereafter. This means that if you're looking at an FRA of 67 and you choose to file at 62, you'll face the maximum reduction possible -- 30%.

It's for this reason that seniors are often advised to hold off on filing for Social Security until FRA, or even beyond. If you delay benefits past FRA, you'll score an 8% boost for each year you wait, up until age 70.

Most beneficiaries, however, don't go this route, but rather, file ahead of FRA regardless of the consequences involved. But apparently, roughly one-third do so for a pretty foolish reason. In a new report by investment firm Franklin Templeton, 33% of Americans aged 62 and over claimed Social Security before reaching FRA simply because they were eligible. In doing so, however, they may have effectively thrown money away.

Have a reason for filing early

It's one thing to claim Social Security early because you have a reason for doing so, but it's another thing to file ahead of FRA simply because you have the option. Imagine you lose your job in your early 60s, struggle to find another, and don't have enough money in savings to pay your bills. In that case, filing for benefits early makes sense, because you have an actual need for that income.

Similarly, if your health is poor, it generally pays to file for Social Security as soon as you're eligible. The reason is that if you pass away at a much younger age than the average senior, you'll wind up with more lifetime income from Social Security despite the reduction in monthly benefits you'll face.

But if you don't have a specific reason for claiming benefits early, doing so is a move you may wind up regretting. This especially holds true if you're entering retirement without much in the way of savings, and you expect Social Security to constitute your primary income source as a senior.

Since the age at which you claim your benefits will ultimately dictate how much money you collect on a monthly basis, don't rush into the decision to file for Social Security. Instead, weigh the pros and cons of filing at various ages. And if you're going to file before FRA, try to get as close to that milestone as possible. Claiming benefits at 64, for example, will produce much less of a lifelong hit than filing at 62, so you're better off going that route than subjecting yourself to a more substantial reduction.