Please ensure Javascript is enabled for purposes of website accessibility
Log In Help Join The Motley Fool
Free Article Join Over 1 Million Premium Members And Get More In-Depth Stock Guidance and Research
By Maurie Backman – May 8, 2019 at 5:18PM

And it's throwing their retirement planning off course.

Millions of seniors rely heavily on Social Security to pay the bills in retirement, even though those benefits are designed to replace only a modest portion of the typical worker's previous income. But new data from Nationwide paints an even more disturbing picture: Preretirees are overestimating their future Social Security benefits by 28%.

Future retirees expect to collect $1,805 a month in Social Security benefits, but according to Nationwide, the average beneficiary at present collects just $1,408. (Note that according to the Social Security Administration, this figure is actually $1,461.) This miscalculation could cause older workers to scale back their savings efforts when, in fact, many should be ramping up to make up for lost time -- especially since a separate report released a few years back found that nearly half of preretirees have no money set aside for their golden years at all. 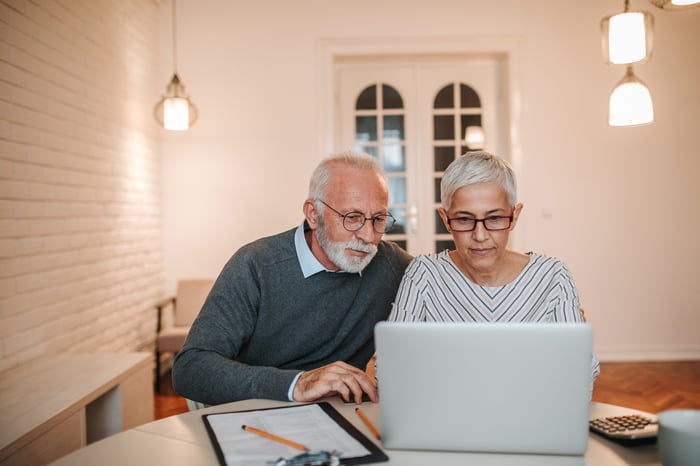 If you're nearing retirement, it's crucial that you get an accurate sense of what your Social Security income will look like. At the same time, you'll need to make an effort to save on your own if you want a shot at a comfortable retirement instead of a cash-strapped one.

Many people neglect their savings because they assume that they can mostly live on Social Security. In reality, however, those benefits are designed to replace only about 40% of the average earner's preretirement income. Most seniors need roughly double that amount to live comfortably, and when we think about the expenses retirees typically face, that makes sense.

Though some seniors do manage to pay off their mortgages in time for retirement, many do not. And even with a mortgage out of the picture, seniors still need to cover the other costs associated with owning (or renting) a home.

Housing aside, seniors also need to account for transportation, utilities, cable, phone service, food, clothing, and healthcare. That last expense alone could cost today's typical 65-year-old couple $285,000 in retirement, according to Fidelity, while other projections point to even higher numbers.

That's why you really can't afford to miscalculate your Social Security income, nor can you afford to not save independently for your golden years. Fortunately, the former problem is relatively easy to fix. Each year, the Social Security Administration (SSA) produces an earnings statement for you that summarizes your income and estimates your monthly Social Security benefit at full retirement age. If you're 60 or older, you'll get a copy of this statement in the mail, at which point you can review it to see what your benefits might look like. If you're under 60, you'll need to create an account on the SSA's website and access that information yourself.

Now, if you're not used to saving much (or at all) for your golden years, you probably can't manage a $25,000 contribution too easily. But saving $7,000 a year for retirement over a 15-year period will leave you with a $196,000 nest egg, assuming your investments generate an average annual 7% return during that time. Make it $10,000 a year, and you'll be looking at $251,000. Mind you, neither amount is huge in the grand scheme of what could be a 30-year retirement -- but it's certainly better than nothing.

If your goal is to enjoy a financially secure retirement, make sure you're realistic about the role Social Security will play in it. Get an accurate estimate of your benefits, and know that they can't sustain you by themselves. It's a far better bet than neglecting your savings and regretting it after the fact.