The good news? It may be avoidable to a certain degree.

It's natural to assume that our living costs will go down in retirement, though perhaps not as drastically as we'd like them to. And if there's one expense that many seniors expect to slash, it's transportation. That's because retirees who stop going to work get to unload the burden of paying to commute, and that could amount to a substantial level of savings.

Still, that doesn't mean that transportation is a cheap prospect for seniors. The average retiree spends $7,472 a year on costs such as automobile maintenance, car insurance, and fuel. Meanwhile, average annual spending on transportation amounts to $9,735 among all households, which means that while retirees are saving some money, they're probably spending more than expected. 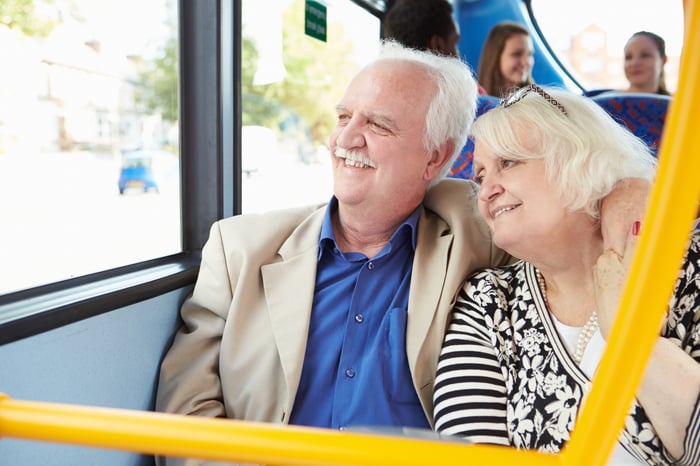 If you're gearing up for retirement and are in the process of mapping out a budget for your golden years (which is a smart move regardless of what your expenses look like), be sure to account for the extent to which transportation might monopolize your income. At the same time, consider making some lifestyle changes to reduce that expense and free up money for other things.

Do you really need a car in retirement?

The average vehicle owner spends $8,849 a year, according to AAA, but that figure assumes consistent use of a vehicle, which would be the case for those who drive to work on a daily basis. The cost to own a vehicle as senior, on the other hand, might be lower, since the less a car is used, the less expensive it is to fuel and maintain.

Still, owning a vehicle is an expensive prospect at any age, so if you're able to exist without one, it could save you a bundle on transportation. And when you're retired and living on a fixed income, that's important.

If you're in good physical shape, moving to a walkable city is a great way to lower your transportation costs substantially. Swapping your car or lease payment, insurance and maintenance costs, and gas fill-ups for a sturdy pair of sneakers could put thousands of dollars back in your pocket.

Even if you're unable to get everywhere by foot, moving somewhere with public transportation and getting around via bus or train could still save you quite a bit of money. In New York City, for example, a monthly transit pass costs $121, which amounts to $1,452 a year. That's a lot less than $7,472. Even if you allow yourself an extra $100 a week in taxi or rideshare fares, you'll still only end up spending $6,652 -- that's more than $800 in savings compared to $7,472, and it also represents a pretty extreme scenario of splurging on $100 a week's worth of car service.

Of course, for some seniors, having a car means having freedom, and if you feel that way, then by all means, keep yours around. But if you don't need a vehicle the same way you did when you were working, it pays to consider getting rid of yours and spending your money elsewhere. Remember, too, that seniors are often privy to discounts on things like transit, so if you're able to get around via train or bus, your savings could end up being more considerable than you'd think.