Take these action points seriously. Your retirement income depends on it.

There's a good chance Social Security will end up being a critical source of income for you during retirement, so you'll need to weigh your decision to file carefully. Before you sign up for benefits, make sure to check the following items off your list.

The monthly benefit you receive from Social Security will be a function of your 35 highest-paid years on the job. But you're not entitled to that full monthly benefit until you reach full retirement age, or FRA. FRA is not the same for everyone but instead is based on the year you were born, as follows:

You'd think that most people would be aware of what their FRA is, but in a recent Fidelity survey, only 26% of Americans could correctly identify that age. The takeaway? Commit that age to memory so you don't file at the wrong time. 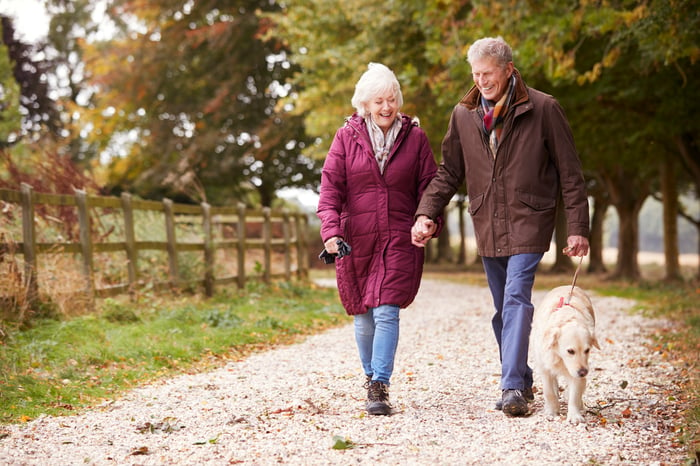 2. Understand the implications of filing early or late

Though knowing your full retirement age is important, it's not the only age at which you're allowed to claim benefits. You can start collecting Social Security as early as age 62 or as late as age 70. In fact, you can technically file for benefits after 70, but there's nothing to be gained by waiting that long.

That said, filing at different ages can have positive or negative consequences. If you claim benefits before FRA, you'll get your money sooner, but your monthly payments will also be reduced by a certain percentage depending on how early you file:

Furthermore, any reduction in benefits you face by filing before FRA will remain in effect for the rest of your life unless you do the following:

Now let's talk about filing for benefits after FRA. For each year you delay, you'll boost your benefits by 8% a year, and that increase will remain in effect for the rest of your life. This incentive, however, runs out at age 70, which is why there's no sense in delaying claiming benefits past that point.

Whether you decide to file early, late, or right at FRA, understand the financial impact of that decision. And remember, in most cases, the monthly benefit you get initially will be the same amount you collect for life.

3. Sync up with your spouse

If you're single, the decision to claim Social Security is one you can make solo. But if you're married, it's important to get on the same page with your spouse before you file.

If both you and your spouse worked, and you're each entitled to benefits based on your own earnings history, you can strategize to boost your income on a long-term basis. For example, you may decide to have the lower earner of the two of you file for benefits at FRA to get some money coming in but have the higher earner delay benefits to grow those monthly payments. Or you might do the opposite -- have the higher earner file first because you need the income but increase the lower earner's benefits by waiting.

Another thing you should know is that if you're married to someone who never worked, he or she may be entitled to spousal benefits based on your earnings record. If that's the case, your spouse will need to wait to claim benefits until you file, so if you choose to hold off on claiming Social Security, your spouse will be forced to sit tight as well.

The point? Talk to your spouse about how you'll manage Social Security together.

Social Security is one thing you shouldn't rush into. Tackle these three items first so you don't wind up regretting your decision to file after the fact.