Millions of seniors today get a large portion of their monthly income from Social Security, but many of today's workers don't expect to get to do the same. In fact, 22% of non-retired Americans think it's unlikely that Social Security will be available to pay them benefits when they retire, according to Northwestern Mutual's 2019 Planning & Progress Study. The question is: Are they being overly pessimistic, or are they right?

The latest Social Security Trustees Report paints a fairly bleak picture of the program's financial outlook. In the coming years, the program will owe more money in scheduled benefits than it expects to collect in revenue. Thus, it will need to tap its trust funds to compensate for that shortfall. Once those funds run out of money, however, Social Security may have no choice but to cut benefits drastically if lawmakers don't manage to intervene with a fix. 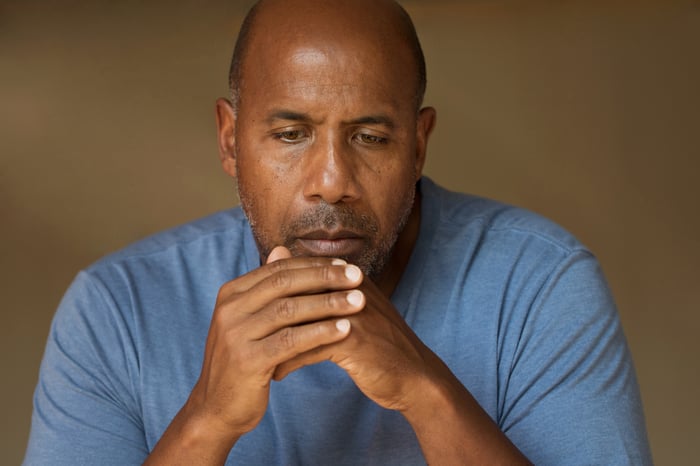 As of earlier this year, the Trustees expect those trust funds to be depleted by 2035, and they anticipate a 20% reduction in scheduled benefits once that happens. These targets, though, are subject to change.

Now, the good news is that no one is talking about a complete elimination of Social Security as an income source for seniors. Frankly, that would be dire, given the millions of retirees who use those benefits as their primary means of paying the bills. But a 20% reduction in future benefits is also nothing to scoff at.

Where does that leave today's workers? It's simple: They should count on some money from Social Security in their lifetime, but also take savings matters into their own hands so they're not left in the lurch once retirement rolls around.

Securing your own future

It's too soon to know how well Social Security will fare financially in the coming years, but one thing you can do to prepare for retirement is to start building a nest egg of your own. If you set aside money consistently in an IRA or 401(k) over the course of your career, you might, in theory, build enough wealth to not care at all about what happens to Social Security.

Of course, the more time you give yourself to build that nest egg, the more financially secure you're apt to be in retirement, as the following table illustrates:

In case you're wondering about that 7%, it's actually a couple of percentage points below the stock market's average. If you're dealing with a 25- to 45-year savings window as per the table above, you're likely to score that return or higher based on the market's historical performance.

If you're older and closer to retirement, you'll need to contribute far more than $500 a month to your nest egg to emulate the figures above. But if you're willing to make some sacrifices, whether by cutting back on living expenses or working longer than initially planned, you can make up for the fact that Social Security may not provide the retirement income you once expected to get from it.

Though Social Security isn't going away completely, the picture of what your retirement benefits look like might change considerably between now and when your career comes to a close. The best way to avoid getting hurt financially is to save as much as you can for as long as you can while you still have a steady paycheck.