Millions of seniors today collect Social Security, and once you're retired, you'll no doubt be eager to do the same. But if you buy into some of the Social Security myths that keep circulating, you could end up ruining your shot at a comfortable retirement. Here are a few glaring misconceptions you'll need to get straight.

1. I should file for benefits as early as possible

Your Social Security benefits are calculated based on how much you earned during your 35 highest-paid years on the job. The age at which you claim benefits, however, will dictate how much money you actually collect each month in retirement.

If you file for Social Security at full retirement age, or FRA, you'll get the precise monthly benefit your earnings history entitles you to. FRA is either 66, 67, or 66 and some number of months, depending on your year of birth. However, you don't have to claim benefits at FRA -- you can file for them as early as age 62, or push them off past FRA and accrue delayed retirement credits up until age 70. 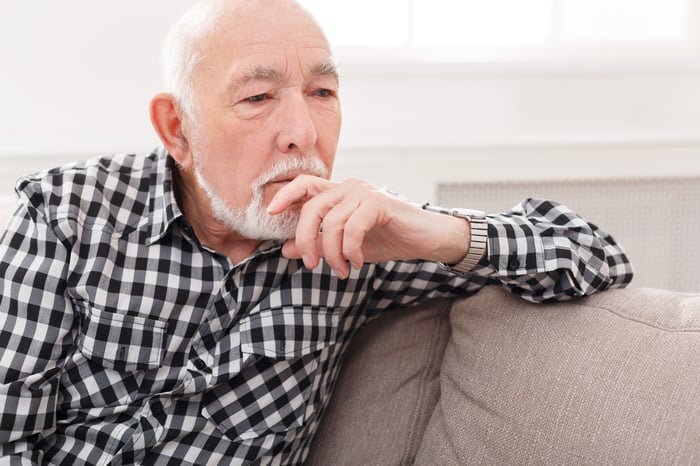 About a third of seniors, however, rush to file for benefits at the earliest possible age of 62, and many do so because they're afraid that Social Security is going broke and won't have the money to pay them later on. That line of thinking is flawed, however, because while the program is facing some financial challenges, there's no danger of it completely running out of money.

Social Security is primarily funded by payroll taxes, so as long as there's a workforce, the program can exist and pay benefits. Now, there are talks of reductions in benefits if Social Security's funding gaps aren't resolved, but as of recent projections, we have at least 16 years until those cuts are implemented -- if they are indeed implemented.

Your takeaway? Don't rush to file for benefits because you're afraid Social Security is headed toward bankruptcy. If you file early, you'll risk reducing what could be your most substantial retirement income stream for life.

2. I should claim my benefits early and invest them

You'll lose 6.67% of your benefits per year for the first three years you file before FRA and another 5% a year for each year thereafter. This means that if you have an FRA of 67, filing at 62 will cut your benefits by 30%.

You may be thinking, "I'll file early, invest that money, and make up the difference." But remember, though the stock market has historically delivered around a 9% average annual return, that number is by no means guaranteed. And if your plan is to invest your benefits on a short-term basis to grow them and then access that cash shortly thereafter, you risk losing money to market declines.

On the other end, if you leave your benefits alone until FRA, you're guaranteed not to have them reduced. And if you delay them past that point, you're guaranteed an 8% increase per year until age 70 -- which means you get a comparable return to that of the stock market, only without the risk.

3. I can live on Social Security alone

Many people assume that once they retire, Social Security will provide enough income to live comfortably. As such, they don't push themselves to save independently. But while Social Security might deliver a nice chunk of income for you in retirement, you should never plan to live on those benefits and nothing more.

Social Security will replace about 40% of the average earner's pre-retirement income, but most seniors need roughly twice that amount to maintain a decent lifestyle. Or to put it another way, Social Security pays the average senior today $17,532 a year. If that sounds like enough money to pay your bills, then you can conceivably continue neglecting your savings. Otherwise, make an effort to boost your nest egg so you're not limited to your Social Security income down the line.

The good news is that if you have many years between now and retirement, there's time to build some substantial wealth without allocating too much of your income to savings. For example, if you were to set aside $400 a month for the next 30 years and invest that money at an average annual 7% return (which is reasonable for a portfolio that mostly favors stocks but also contains some safer investments, like bonds), you'd wind up with $453,000. Withdraw 4% of that sum per year, and you'll have another $18,000 a year to work with. That paints a much more favorable picture when combined with roughly that much in Social Security.

Buying into the wrong Social Security information could put your retirement in jeopardy. Read up on how the program works, and educate yourself on filing strategies so you don't end up compromising your golden years.