The good thing about Social Security is that you're not locked into a single age to file for it. Rather, you can file anytime between ages 62 and 70. In fact, you technically don't have to file at age 70, but there's zero financial incentive to delay benefits past that point.

Now, you should know that right in the middle of that eight-year window is your full retirement age, or FRA. That's the age at which you're entitled to your full monthly benefit based on your earnings record. FRA is either 66, 67, or somewhere in between, depending on the year you were born.

If you hold off on claiming benefits past FRA, you'll boost them by 8% a year up until age 70, when that incentive runs out. But if you file for benefits before FRA, you'll reduce them by a certain percentage for each month you file early. 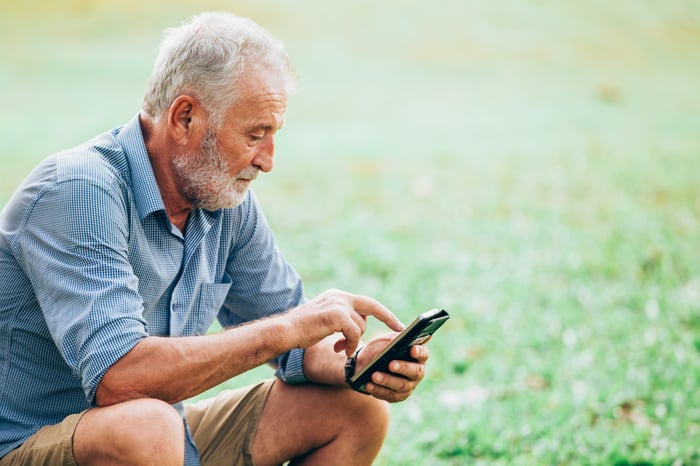 Either way, the initial monthly benefit you wind up collecting will generally be the amount you receive each month for life. The only exception is if you manage to undo your benefits application and repay the Social Security Administration (SSA) all of the money it paid you within a year. It's for this reason that many financial experts warn against claiming Social Security early. And in some cases, it's a very bad idea. But in these scenarios, it may be worth doing.

Losing a job later in life can put you in a tough spot financially if you don't have enough savings to live on. That's because getting rehired when you're clearly showing signs of aging is easier said than done.

If you're out of work with no job prospects on the horizon, and you're looking at falling behind on your bills because of that, then it makes sense to file for Social Security, even if you're years away from FRA. While you will reduce your benefits in the process, it's far better to do that than to rack up costly debt during your 60s.

2. You have ample savings and won't be hurt by a lifelong reduction in benefits

Some people need their Social Security income to cover their basic expenses in retirement, like housing, transportation, healthcare, and food. But if you've adequately saved, you may not need those benefits the same way. However, you might want those benefits to enjoy your life while you're relatively young, and if filing for them early allows you to pursue lifelong goals while your health is optimal, then it pays to claim them ahead of FRA.

3. Your health is poor

Imagine that as you enter your 60s, your health takes a turn for the worse. Let's also imagine that your FRA is 67, at which point you'd be entitled to $1,600 a month in benefits. Filing at 62 instead will reduce each monthly payment you get to $1,120, and that's a pretty big hit. But if you only end up living until age 73, you'll actually come out around $32,600 ahead by virtue of filing early, since you'll have five more years of payments to work with in that situation.

Of course, it's impossible to predict how long you'll actually live, and you never know when your health might start to improve, especially if you get the right care. But if you have reason to believe you won't live a very long life, then you may be better off claiming benefits as soon as you can.

There's a reason filing for Social Security early is a dangerous thing: If you expect those benefits to be your primary source of retirement income, then reducing them could leave you cash-strapped during your golden years. But that doesn't mean filing early is always a bad idea, so if any of the above scenarios apply to you, you may want to push that oft-heard warning aside and get your money before FRA.