Social Security is a lifeline for millions of Americans who otherwise wouldn't manage to keep up with their retirement expenses. If you're counting on those benefits for your senior years, you'll need to claim them strategically.

You're allowed to file for Social Security as early as age 62, but you're not entitled to your full monthly benefit until you reach full retirement age (FRA). That age varies, but depending on the year you were born, it's somewhere between 66 and 67. If you claim Social Security before FRA, that's considered filing early, at which point you'll reduce your monthly benefit by a certain percentage, the extent of which will depend on when you file. If you file a year early, for example, you'll lose 6.67% of your monthly benefit, but if you file five years early, you'll lose 30%. 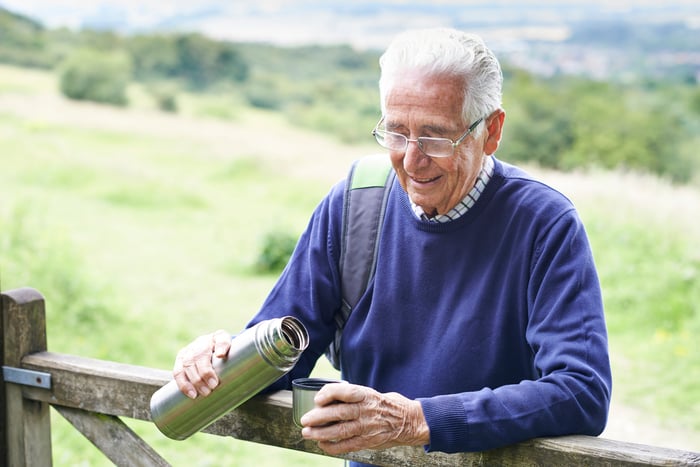 Many seniors are advised not to claim benefits early so as to not reduce a major retirement income stream for life. But in these situations, filing early actually makes a lot of sense.

1. You have a shortened life expectancy

Without a crystal ball, it's impossible to predict your own mortality. But if you have a known medical condition that's anticipated to shorten your life expectancy, coupled with a family history of relatively early deaths, then it generally pays to file for Social Security as soon as you can. Though you'll reduce your monthly benefit in the process, you'll actually increase your chances of securing the highest possible lifetime benefit.

Imagine you're entitled to a monthly benefit of $1,400 at an FRA of 67. Filing at 62 will reduce that benefit to $980, which is a lot of money to lose on a monthly basis. However, if you only end up living until age 72, you'll wind up with an extra $33,600 in lifetime Social Security income by filing at 62 rather than waiting until 67. Therefore, while it's not pleasant to think about the possibility of dying at a fairly young age, it pays to be honest about the state of your health, and factor it into your filing decision.

2. You have no other money to pay your bills

Some people plan on working well into their 60s or beyond -- especially those without independent retirement savings. If that's the plan you start out banking on, but you're laid off from your job or encounter a health issue that renders you unable to work, you may have no choice but to file for Social Security early. In the absence of a paycheck and savings, that'll pretty much be your only reasonable option for paying your bills. And while you technically could charge your living expenses on credit cards to avoid a hit in benefits, the amount of interest you rack up will likely well exceed the reduction in Social Security you face.

Remember, too, that living on credit isn't something you can do on a multi-year basis, since you'll only have a limited line of credit to work with. Therefore, if you find yourself without an income or savings before FRA, expect to file for Social Security as soon as you're eligible.

3. You have so much savings you technically don't need the money

Many seniors depend on Social Security to the point where they can't pay their bills without it. But if you have more than enough savings to cover your basic expenses, and the only thing you're planning to use your benefits for is leisure and travel, then it pays to file early if that's what you want to do. After all, you're apt to have more energy to explore the globe and pursue different hobbies in your early 60s than in your later 60s, and if you don't actually need the money, a reduction in benefits shouldn't hurt you in the long run.

Let's be clear: In many cases, claiming Social Security early is a bad idea. But if the above scenarios apply to you, it's probably your best move.