Saving for the future isn't easy, especially when you probably have multiple financial responsibilities pulling your money in different directions. Between the mortgage, car payments, and all your other household bills, it's a challenge to find spare cash to put toward your savings. So when it comes to establishing an emergency fund, it's tempting to shove that task to the bottom of your priority list.

Many households are struggling to set aside cash for unexpected expenses -- approximately 41% of U.S. adults said they wouldn't be able to cover a $400 unexpected cost, according to a report from the Center for Retirement Research at Boston College. Unsurprisingly, those with lower incomes tended to struggle more; 72% of households earning less than $25,000 per year couldn't come up with $400, the survey found.

However, it's not just low-income workers who are struggling to save. Nearly one in five households earning $100,000 or more per year also couldn't find an extra $400 for an unexpected expense, according to the survey.

More income doesn't always solve all your money problems. No matter how much you're earning, it's important to set your financial priorities so you can be prepared for any hurdle that comes your way. 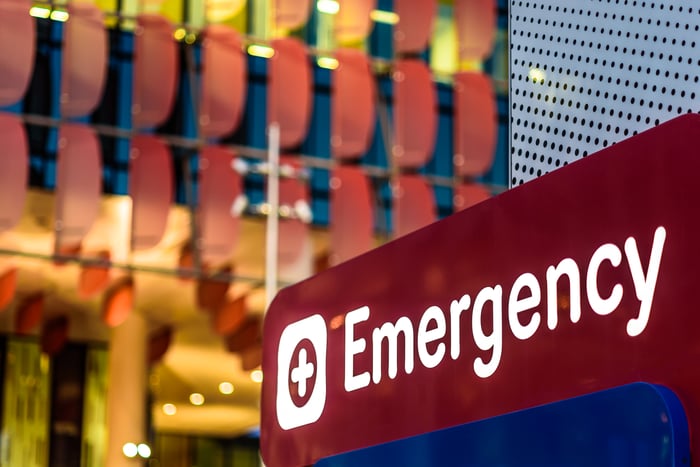 The importance of an emergency fund

An emergency fund may seem like just another task on your lengthy financial to-do list, so it's tempting to move it to the back-burner and focus on more immediate responsibilities. However, not building an emergency fund can actually cost you more money in the long run.

If you don't have an emergency fund and you incur an unexpected expense, you have a couple of options. First, you could charge the expense to your credit card or take out a loan to cover the cost. But if you don't have the money now, chances are you may not have it in a month or two when it's time to make your credit card payment or pay off your loan. And the longer it takes to pay off your debt, the more you'll end up paying in interest. By the time you've paid down your debt, you could potentially pay hundreds or even thousands of dollars just in interest payments.

For example, say you had to make an emergency trip to the hospital, and you're slapped with a $1,000 bill, which you charged to your credit card. The interest on that credit card is 18%, and you're making payments of $100 per month. At that rate, it would take about a year to pay off that debt, and you'd end up paying around $100 in interest. If any more unexpected expenses pop up during that time, your debt will continue climbing, and you'll pay even more in interest.

Another option when paying for unexpected expenses is to pull the money from your retirement fund. Especially if you only need a few hundred dollars, it may seem like that small amount wouldn't make a dent in your savings. However, it can make a bigger difference than you'd think.

First, you might be charged a 10% penalty fee for withdrawing your retirement money before age 59 1/2. Second, you may have to pay income taxes on the amount you withdraw, so your cash won't go as far as you think. And third, when you withdraw any money from your retirement fund, it makes it harder for your savings to benefit from compounding growth -- and even relatively small withdrawals can hurt your long-term savings.

For instance, say you have $10,000 in your retirement fund, and you withdraw $1,000 to cover an emergency expense. Let's also say you were saving $150 per month, which you continue doing even after you make your withdrawal. If you didn't withdraw any of your savings, you'd have around $356,000 saved after 35 years, assuming you're earning a 7% annual rate of return. But if you were to withdraw $1,000, you'd only have around $345,000 saved, all other factors remaining the same. In other words, a $1,000 withdrawal can ultimately result in lost potential earnings of more than $10,000 in the long run. And if you continuously withdraw from your retirement fund, it could cost you even more.

How to establish an emergency fund

No matter how much you're earning, an emergency fund is a critical component to your financial health. But if you don't even have enough cash to cover a $400 expense, how are you supposed to build an emergency fund?

If money is tight, the key is to build your savings gradually. Most experts recommend saving enough to cover three to six months' worth of expenses, in case you lose your job. You don't need to come up with that cash overnight, but you may need to make some sacrifices so you have something to put toward your emergency fund each month while still paying all your bills.

One thing to keep in mind when establishing an emergency fund is that these sacrifices will be temporary -- once you reach your goal, your budget can go back to normal. So if you're balking at the sacrifices you'd need to make, just remember that it won't last forever.

When you've got a long list of bills to pay, building an emergency fund may not seem like the most pressing task. But you never know when an unexpected expense is going to pop up, and an emergency fund can prepare you for any financial obstacle you may face.