Investing your money is the best way to grow it into a larger sum. In fact, if you don't invest on a long-term basis, you risk coming up short in retirement and struggling during your golden years.

Unfortunately, many working Americans today don't invest their money, and for a number of reasons. For some, it's a fear of taking losses. For others, it's feeling they don't know how. But in a new survey from GOBankingRates, the reason 55% of Americans aren't investing boils down to them thinking they don't have money to do so. And while that's an understandable sentiment, it also doesn't hold water. 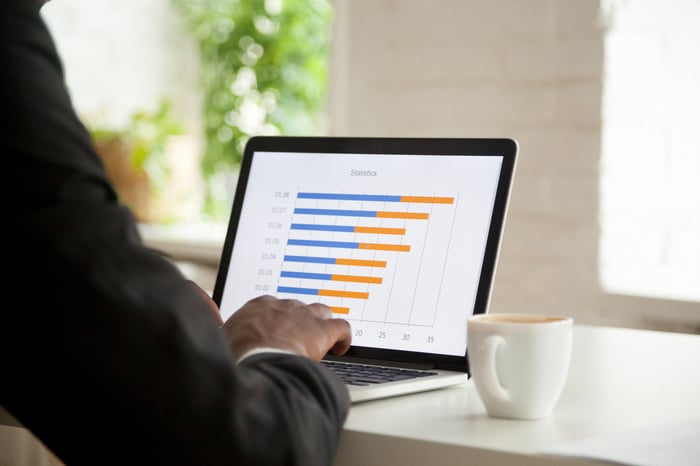 It's OK to start small

Many people think there's a minimum amount of cash they need to accrue to start investing, and that that figure has to be substantial. In reality, you can start out by contributing as little as $50 to an IRA or 401(k) and invest your money there. Or, you can open a traditional, non-tax-advantaged brokerage account, and invest small amounts as they become available. The choice is yours, though there are tax benefits to saving in a dedicated retirement plan, but don't think for a second that if you only have a small amount of money, it's not worth investing.

Let's imagine you only have $50 a month on hand to invest. The following table shows how much wealth you might accumulate by investing that sum over time:

Furthermore, the 7% return used above is actually a couple of percentage points below the stock market's average. If you load up on stocks, you're likely to do that well or better provided you're able to keep your money invested for 10 years or longer. And while it's OK to buy individual stocks, if you're intimidated by that prospect or aren't willing to do the research, you can fall back on index funds instead. When you buy index funds, you're effectively buying a bucket of stocks as opposed to individual ones. And because index funds are passively managed (they simply track existing market indexes, like the S&P 500), they don't charge a lot in fees.

That's important when it comes to investing your retirement savings, especially in a 401(k). Some 401(k) plans offer limited investment choices, so if you're stuck with only a couple of dozen funds, choosing index funds over actively managed mutual funds could save you a bundle in fees over the life of your investments.

The more money you're able to invest for your future, the better -- but that doesn't mean you shouldn't give investing a go if you're limited cash-wise. You can easily fund an IRA or 401(k) with as little as $50 a month and grow a substantial amount of wealth over time. Furthermore, there's a host of brokerage companies and investing apps that let you set up an account with no minimum. Dig around and see what choices are available to you, because the sooner you're able to start investing, the better.