Please ensure Javascript is enabled for purposes of website accessibility
Log In Help Join The Motley Fool
Free Article Join Over 1 Million Premium Members And Get More In-Depth Stock Guidance and Research
By Maurie Backman - Jul 29, 2019 at 7:02AM

Senior living costs continue rising, and as such, many retirees rely heavily on Social Security for help keeping up. In fact, Social Security pays the average recipient today $1,461 a month -- perhaps not enough to live on, but enough to make unavoidable expenses far more manageable.

No matter how much you stand to collect from Social Security when it's your turn to retire, the last thing you want to do is reduce your benefits and struggle throughout retirement as a result. But if you fall victim to these mistakes, that's exactly what might happen. 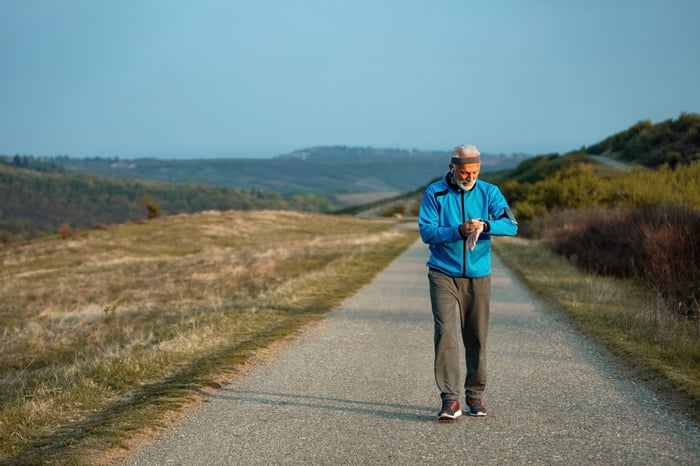 Your Social Security benefits are calculated based on your 35 highest-paid years of wages. But some people don't manage to put in a full 35 years in the workforce. It could be that you took time off to raise children, or to care for a loved one in need. The problem, however, is that for each year within those top 35 you go without an income, you get a $0 factored into your benefits equation. The result? Lower monthly payments.

If that's the scenario you're looking at, working longer is the best solution. By extending your career, you can replace a few $0 years with actual wages, thereby bringing up your benefits. This will be especially helpful if you're earning a substantial salary later in life, which is often the case for people nearing the end of their careers.

Now, you're allowed to claim benefits before FRA; the Social Security Administration (SSA) lets you file as early as age 62. But for each month you file ahead of FRA, you'll lose a portion of your benefits. Claim them early enough and you'll be looking at a pretty sizable hit.

The SSA will reduce your benefits by 6.67% a year for the first 36 months you file ahead of FRA, and by 5% a year for each 12-month period thereafter. This means that if your FRA is 67 and you file at 62, you'll lose 30% of your benefits. That's the most extreme reduction scenario you might face, but one thing you need to know is that in most cases, the monthly benefit you start out collecting will be the same amount you receive for life. The only exception is if you manage to withdraw your benefits application within a year, which is difficult, since it requires you to pay back every dollar you collected in Social Security by that point. Therefore, it's often best to avoid filing before FRA.

Just as you're allowed to claim benefits before FRA, so too can you delay them past FRA. And the latter is a smart idea, because for each year you hold off on filing, you'll accrue delayed retirement credits that boost your benefits by 8% a year. This means that if you're looking at an FRA of 67 but you claim benefits at 70, you'll increase them by 24%, and that boost will remain in effect for the rest of your life.

That said, you're only allowed to accumulate delayed retirement credits until you turn 70. Once that birthday arrives, there's no sense in holding off on Social Security any longer. In fact, if you file for benefits too long after the fact, you'll risk forgoing income that could otherwise have been yours.

Social Security will pay you up to six months of retroactive benefits so that if you file at 70 1/2 rather than 70, you'll get back that half a year's worth of payments. But if you don't file for benefits until 71, you'll effectively lose out on six months of Social Security income for no good reason.

Regardless of what Social Security ultimately pays you in benefits, your best bet is to get as much money as possible from it. Steer clear of these mistakes, and you'll avoid a reduction in benefits that could hurt you financially for decades.