Please ensure Javascript is enabled for purposes of website accessibility
Log In Help Join The Motley Fool
Free Article Join Over 1 Million Premium Members And Get More In-Depth Stock Guidance and Research
By Maurie Backman – Aug 5, 2019 at 7:34AM

Want higher benefits in retirement? These are the key moves you need to make.

Whether you've saved a little or a lot for retirement, it pays to boost your Social Security income as much as you can. The good news is that it's within your power to give yourself a raise on the Social Security front. Here are four ways to go about it.

1. Make sure to have 35 years of work under your belt

Your Social Security benefits are calculated by taking an inflation-adjusted average of your income during your 35 highest-paid years of wages. But if you don't have a full 35-year work history, you'll have a $0 factored in for each year you're missing an income, thereby bringing down that average and lowering your benefits. 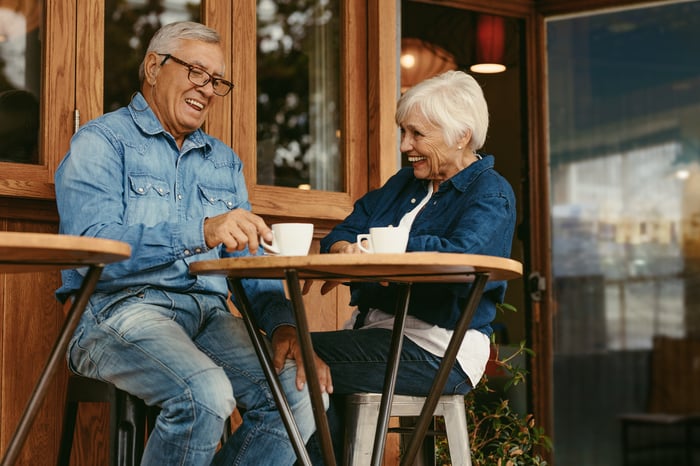 The solution? Extend your career. Retire at 67 instead of 65, or at 69 instead of 67. Replacing even a couple of $0 years with an actual income will help you secure a higher benefit for life.

Though the monthly Social Security benefit you're eligible for is calculated based on your earnings history, the age at which you claim Social Security could cause that number to change. You're entitled to your full monthly benefit once you reach full retirement age, or FRA, which, depending on your year of birth, is either 66, 67, or somewhere in between.

Now you're allowed to claim benefits as early as age 62, but for each month you file ahead of FRA, your monthly benefit is reduced by a certain amount. In a most extreme scenario, you could slash your benefits by 30% if you file at 62 with an FRA of 67. Therefore, if you're looking for more Social Security income, make sure to wait until FRA at the least to claim benefits.

Just as you're allowed to claim Social Security before FRA, so too can you delay benefits past FRA. For each year you do, you'll accrue delayed retirement credits that grow your benefits by 8%. Those credits, however, stop accumulating once you turn 70, which means that if you hold off on filing past that point, you won't lower your monthly benefit, but you will lose out on Social Security income that could've been yours.

The Social Security Administration will pay up to six months' worth of retroactive benefits, so if you neglect to file for benefits at 70, you're not immediately out of luck. But if you file past the age of 70 1/2, you stand to lose out on income.

4. Boost your earnings during your working years

Since your Social Security benefits are based on the wages you earn during your career, the more you're able to boost your income, the higher your benefits stand to be. You can increase your earnings by getting a second job, starting a side business, or even growing your skills so that you're eligible for a raise at your current place of work.

A few wise moves on your part could result in a higher Social Security benefit for life. That said, don't rely too heavily on Social Security for retirement income. Those benefits will generally replace about 40% of your former income (assuming you're an average earner), but most seniors need roughly twice that amount to live comfortably. And while those benefits might replace a larger percentage of your pre-retirement earnings if you file at 70 and snag that maximum boost, they still shouldn't be your sole source of income later in life. As you work on growing your benefits, also take steps to build a nest egg to ensure that you have enough money to cover the bills when you need to.