Social Security serves as a critical source of income for millions of seniors, and without those benefits, a large percentage of retirees wouldn't manage to make ends meet. But the program is facing some financial challenges that are leaving workers to fret about the future of their benefits.

In a Gallup poll released last year, 51% of pre-retirees aged 50 to 64, 49% of workers aged 30 to 49, and 33% of millennials aged 18 to 29 said they're concerned about Social Security's ability to pay them benefits during retirement.

And they're not the only ones who are worried.

The American College of Financial Services recently conducted a survey of financial advisors with the Retirement Income Certified Professional® (RICP®) designation. It found that 46% of such advisors are worried about the potential for Social Security to drastically cut future benefits. 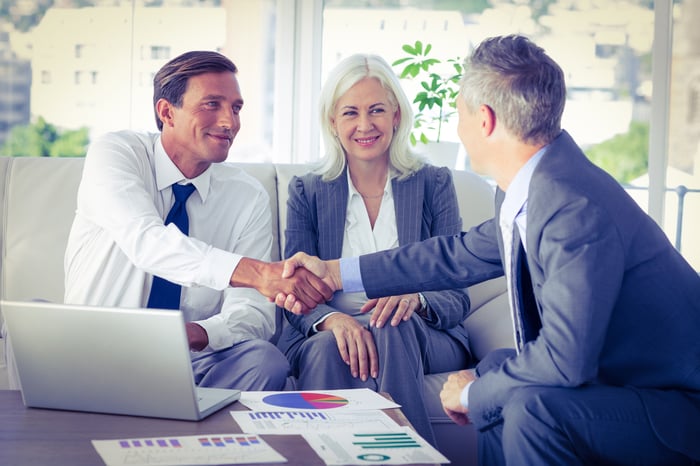 Per the most recent Social Security Trustees Report, seniors are looking at a potential 20% reduction in benefits if the program's impending revenue shortfall isn't addressed. That's not nearly as bad as having those benefits disappear completely, which is what many workers worry about. Still, that type of reduction could have some serious impact. In fact, 84% of advisors in the aforementioned survey say that a 20% cut in benefits would drastically alter their clients' lifestyles.

The problem, of course, is that it's too soon to tell what the future will hold for Social Security. The best thing workers can do at this point, therefore, is ramp up their savings efforts while they can.

Saving independently for the future

Today's workers can't control what happens to Social Security. What they can control, though, is their savings level. The fact is, Social Security isn't supposed to sustain retirees in the absence of other income. For the average worker, those benefits will replace about 40% of pre-retirement earnings, but most retirees need roughly double that amount to live a comfortable lifestyle.

In other words, workers should be saving independently off the bat, and the fact that Social Security is facing benefit cuts should inspire them to save even more. And in that regard, a tax-advantaged retirement plan is a good bet. Currently, workers under 50 can sock away up to $19,000 a year in a 401(k), or up to $6,000 a year in an IRA. For those 50 and over, these limits increase to $25,000 and $7,000, respectively.

Many workers can't max out a 401(k), or even an IRA, but saving a larger amount than in previous years can help make up for whatever benefits shortfall they potentially face in the future. Case in point: Someone who's used to setting aside $400 a month for retirement and continues doing so will add $453,000 to his or her nest egg over a 30-year period, assuming an average annual 7% return on invested savings. But if contributions are increased to $500 a month, that same saver will add $567,000 to his or her nest egg, assuming that same timeframe and return.

The fact that financial advisors are worried about Social Security's revenue shortfall should serve as a massive wakeup call. In the absence of a crystal ball, it's hard to predict whether Social Security will wind up cutting benefits in the future, and to what extent. Ramping up on the independent savings front is the best way to secure some much-needed peace of mind.