Please ensure Javascript is enabled for purposes of website accessibility
Log In Help Join The Motley Fool
Free Article Join Over 1 Million Premium Members And Get More In-Depth Stock Guidance and Research
By Maurie Backman – Aug 23, 2019 at 4:33AM

The good news? You may qualify for a second chance.

Though your Social Security benefits are calculated based on your earnings history, the age at which you file for them will dictate how much income you receive on a monthly basis. If you file for benefits at your full retirement age, or FRA, you'll wind up with the exact monthly benefit your wage record entitles you to. FRA is either 66, 67, or somewhere in between, depending on your year of birth.

But you most certainly don't have to claim Social Security at FRA. Rather, you can file as early as age 62, and while there's technically no end cap for claiming benefits, there's no financial reason to wait beyond age 70.

While only an estimated 3% of filers claim Social Security at 70, 62 remains the most popular age to sign up. But often, that proves problematic, because filing at 62 means taking a major hit on benefits. 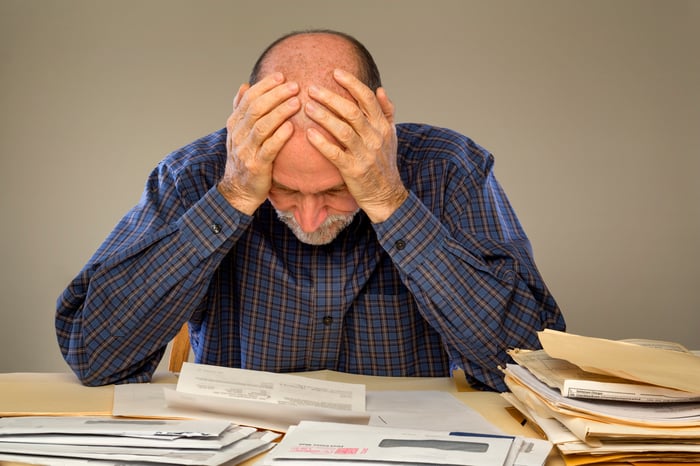 Think about it: The Social Security Administration isn't going to give you your money early for nothing in return. When you file ahead of FRA, your monthly benefits are reduced for each month you claim them in advance of that milestone. File at 62, and you're looking at a reduction of 25% to 30%, depending on your specific FRA.

If you decided to claim Social Security early but are regretting that move after the fact, you do get a chance to start over again and avoid the reduction in benefits you'd otherwise be locking in for life. Taking advantage of that opportunity, however, isn't so easy.

If you find that you filed for Social Security too early, you have the option to withdraw your benefit application within a year and then file again for benefits later on. But it's not just a matter of paperwork; you'll also need to repay the Social Security Administration all of the money you collected in order to get that second chance. And unless you've been saving your benefits or have another robust source of savings, that might not be possible. Furthermore, if you have a spouse who's been collecting spousal benefits based on your work record, you'll need to pay back that money as well.

Don't count on a do-over

Since undoing your Social Security benefits is easier said than done, a better bet is generally to avoid filing early in the first place. If you're able to continue working during your early to mid-60s, for example, then sticking out your job could enable you to sit tight on the Social Security front until FRA. And if full-time work isn't an option, you can always try working part time while cutting back on living expenses to avoid having to claim benefits early.

Also, remember that there's a big difference between claiming Social Security at the earliest age of 62 versus a later age, like 64 or 65. If your FRA is 67, filing two years early will reduce your benefits by 13.34%, and filing three years early will result in a 20% reduction. But that's less damaging than the 30% reduction you'd be facing by filing at 62.

Another thing you should know is that if you manage to delay your Social Security filing past FRA, you'll actually boost your benefits by 8% a year, up until age 70, at which point that incentive disappears. If you file for benefits early but manage to undo them in time, you could then continue working or use savings to live on and then claim Social Security after FRA to snag a higher monthly payout for life. That could make for a much more comfortable retirement in the long run.