"Money never made a man happy yet, nor will it. There is nothing in its nature to produce happiness. The more a man has, the more he wants."
-- Benjamin Franklin

It's common to hear that money doesn't buy happiness, but that's cold comfort to anyone struggling to make ends meet. Opinions actually differ greatly on the topic, with some believing that all their problems could be solved if they only had more money, and others asserting that the most important things, such as health and love, cannot simply be bought. 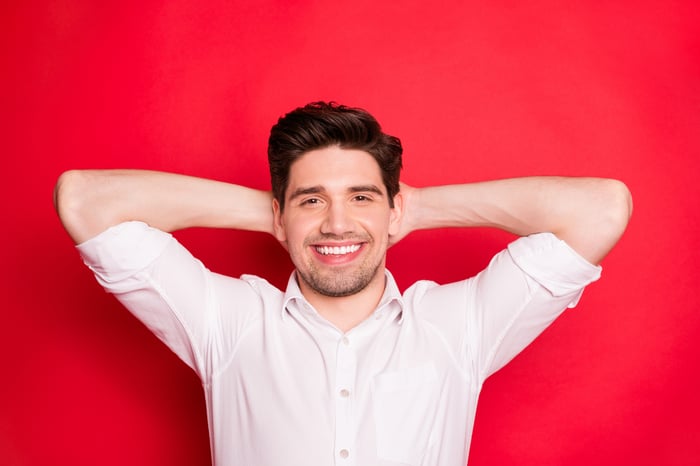 A recent survey from the folks at The Ascent tackled the age-old question, and found that... opinions still differ. Here's a closer look at some of their findings.

When asked the big question -- can money buy happiness? -- here's how people responded:

Expressed even more simply, 73%, or three-quarters, think that money can buy happiness, at least to some degree, while 27%, or a quarter of respondents, disagree. In addition, 63% of respondents thought that wealthier people were happier.

One issue affecting how happy many of us are is debt: Those struggling under the weight of heavy obligations can find it hard to be hopeful or happy. Indeed, fully 97% of respondents said they'd be happier if they didn't have debt. But having debt doesn't doom people to unhappiness. Overall, 70% of those with debt were satisfied with their lives -- not too far off from the 83% of those without debt who felt the same.

The type of debt one has is a factor, as well, because some debt is more problematic than other kinds. Mortgages, for example, are rather unavoidable for most people who want to buy a home, and they generally sport low interest rates, at least in recent years. But credit card debt is far more pernicious, with average interest rates in the high teens. It's not unusual for someone with credit card debt to owe $10,000 or $20,000 on card(s), and if they're being charged, say, 20% interest, they're looking at paying a whopping $2,000 or $4,000 each year -- in interest alone. (Sure, they may pay off their debt quickly, but lots of people don't. The same survey by The Ascent found that fully 74% of those with debt have paid only the minimum due on at least one of their debts, while 21% have paid less than the minimum payment on at least one debt.)

Drilling down into satisfaction levels of people with various kinds of debt, the survey found that 86% of those with mortgage debt were satisfied with their lives, as compared with only 75% of those with credit card debt. Those with student loans and medical debt scored even lower, with 71% and 64%, respectively, feeling satisfied.

The financial road to happiness

With most people seeming to think that happiness and money are at least somewhat related, how might you best aim for happiness? Well, getting out of debt as soon as possible is a great start -- at least with any high-interest rate debt. Beyond that, even if you don't think you're rich, researchers have found various ways to spend money that tend to boost our happiness. Here are some:

Money may not buy utter happiness, but spent in certain ways, it can certainly make you at least somewhat happier. Be sure that you're tending to your future happiness, too -- by saving and investing for your retirement.