Please ensure Javascript is enabled for purposes of website accessibility
Log In Help Join The Motley Fool
Free Article Join Over 1 Million Premium Members And Get More In-Depth Stock Guidance and Research
By Maurie Backman – Sep 20, 2019 at 11:48AM

Hint: It's not a small amount.

Becoming an empty nester can be a big adjustment, though for many parents, it's a welcome change. But just because your grown children have moved out doesn't mean they won't still cost you money. In fact, in a recent survey by retirement community site 55places, close to 40% of empty nesters are still supporting their adult kids financially in some capacity.

A good 24% still pay for their grown kids' cellphones. Meanwhile, 19% help with rent, 18% assist with groceries, and 15% pitch in for student loans. All told, the average empty nester is spending $254 per month to support an adult child. And while that's a generous thing to do, it could also be quite risky from a retirement standpoint. 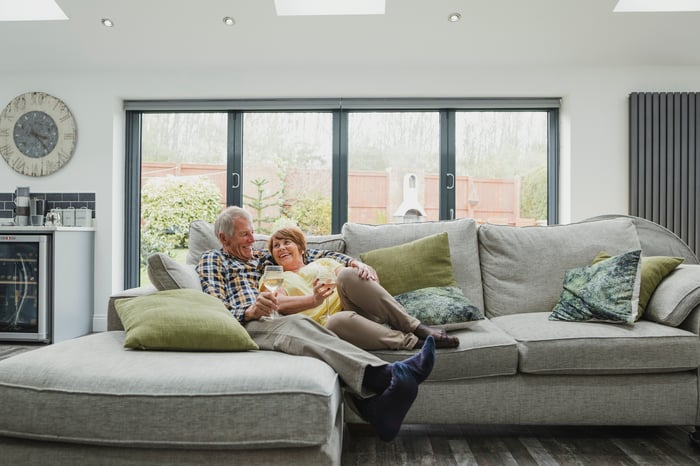 It's noble to want to help your grown children navigate young adulthood, especially in a day and age when student debt can monopolize so much of an entry-level worker's income. But if helping your kids financially means neglecting your retirement savings, it's a move you'll likely regret in the long run.

Imagine you support an adult child with $254 a month toward his or her living expenses over a period of five years, and that following that period, you have another decade to go until you want to retire. If your investments normally generate an average annual 7% return (which is a few percentage points below the stock market's average), you'll wind up losing out on over $34,000 in retirement savings by giving that money away and forgoing growth on it as well. And that's not a small amount to give up.

Other ways to help

If you give your grown children money to pay their bills at present, you'll risk falling short on your own bills during retirement, and that's not smart. On the other hand, there may be ways you can help your adult kids financially without actually parting with money you should really be saving.

For one thing, you can offer your children the option to move back home for a bit. Doing so will save them money on rent, but it won't actually cost you anything other than perhaps a modest uptick in utility costs, which you can very easily pass on to them. In the aforementioned survey, 38% of respondents had a grown child move back in after leaving the nest, and almost 60% expect an adult child to move back in again at some point.

You can also provide help to your grown kids, at no cost to yourself, by providing child care for their kids if it works with your schedule. Say you're a teacher who gets out of work in time to pick up your grandchildren after school and watch them until their own parents get home from their jobs. In doing so, you could save your children thousands of dollars a year in after-school care or babysitting costs without actually spending a dime.

The takeaway? There's nothing wrong with wanting to help your grown kids avoid financial stress, but make sure your generosity doesn't come back to haunt you when it's your time to retire. And if you fear that it will, think of other ways to assist your children that don't put your golden years at risk.