Please ensure Javascript is enabled for purposes of website accessibility
Log In Help Join The Motley Fool
Free Article Join Over 1 Million Premium Members And Get More In-Depth Stock Guidance and Research
By Selena Maranjian - Oct 12, 2019 at 7:15AM

Be sure you consider the big picture when deciding when to start collecting your Social Security benefits. Don't end up with less money than you could have received.

You can start collecting Social Security retirement benefits as early as age 62 and as late as age 70, and the most common age at which people claim their benefits is 62. There can be good reasons for starting so young, but there's also a compelling case to be made that waiting is best.

Here's a look at three solid reasons why you might not want to start collecting your benefits too soon. 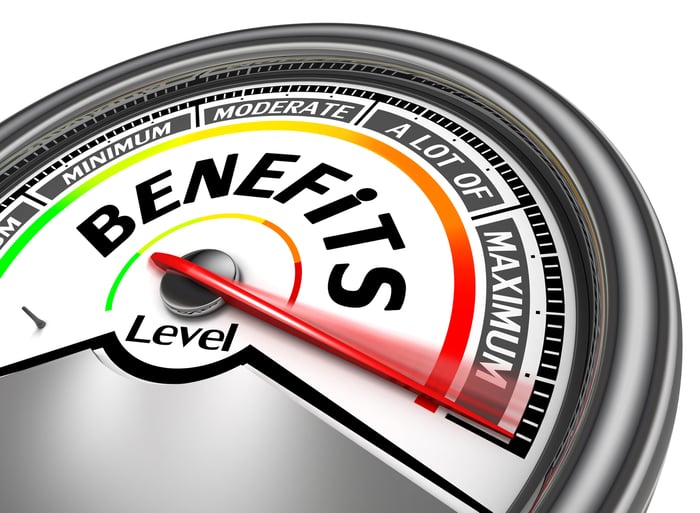 No. 1: You can collect bigger checks by waiting

For starters, the longer you put off starting to collect your Social Security benefits (up to age 70), the bigger your checks will be. Each of us has a "full retirement age" in the eyes of the Social Security Administration, and for most of us, it's 66 or 67 (or somewhere in between). For every year that you postpone starting to collect your benefits (up to age 70), they'll increase by about 8%. Delay from age 67 to 70, and you can end up with checks that are 24% bigger.

It's true that for those who live an average-length life, it's pretty much a wash, and you'll receive roughly the same total benefits no matter when you start -- because those who start early will receive a lot more checks, and vice versa. But remember that few of us are average. There's a decent chance you'll live longer than average, in which case having waited will have been worth it.

Keep in mind, too, that if you're still working in your early 60s, you might not need that Social Security income yet. Indeed, if you start collecting while still earning a significant income, you can face taxes on that income, and some of your benefits might be withheld, too. That's not the end of the world, though, as withheld funds will return to you later, as they'll be factored into your future benefit checks, making them bigger.

Remember that many, if not most, Americans haven't saved nearly enough for retirement. Given the good chances that lots of us will live well into our 80s and perhaps even 90s, it can be a smart move to keep working, if you can, well into your late 60s, if not longer -- while delaying starting to collect Social Security.

Here's an example of a good coordinated strategy: You might have the spouse with the smaller expected benefit checks claim their benefits early or on time, while the spouse with the greater expected benefits delays until age 70, if possible. By doing this, the two spouses will get some income early or on time, and they can let the larger benefit checks grow as big as possible. That will be especially valuable when one dies, because at that time, the surviving spouse can only collect one check and can receive either his or her own or that of the deceased spouse -- whichever is larger. So the delay can serve the surviving spouse well.

Spend some time learning more about Social Security. It's probably not quite as boring as you might think, and it's all about critical dollars that will come your way in the future.