Please ensure Javascript is enabled for purposes of website accessibility
Log In Help Join The Motley Fool
Free Article Join Over 1 Million Premium Members And Get More In-Depth Stock Guidance and Research
By Maurie Backman - Oct 12, 2019 at 11:18AM

Social Security's wage cap is once again going up, which means high-income individuals will lose more money to taxes.

Social Security is funded by payroll taxes, and all workers are subject to them up to a certain limit. That limit can change from year to year to reflect overall wage growth, and in 2020, higher earners can expect to have more Social Security taxes taken from their paychecks.

The current Social Security tax rate equals 12.4% of your earnings, up to the annual cap. If you're a salaried worker, you pay half that amount (6.2%) yourself, and your employer pays the other half. If you're self-employed, you pay the entire 12.4% tax on your own. 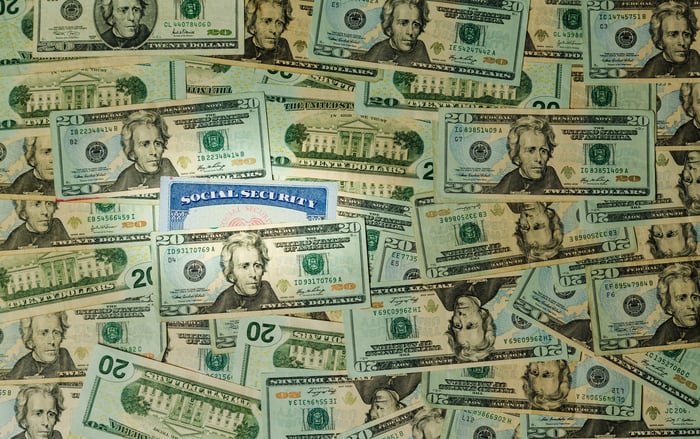 Keep in mind that the wage cap applies to Social Security taxes only; Medicare taxes apply to all of your earnings. The Medicare tax rate is 2.9%, and self-employed workers pay that entire sum themselves. Salaried employees pay half, as is the case with Social Security.

But it's important to realize that Social Security also has a maximum monthly benefit that seniors are allowed to collect. Therefore, while a person earning $1 million will pay the same amount of Social Security tax next year as someone earning $137,700, those two individuals will have the same wage amount for the year factored into their benefits calculation. In other words, the ultrarich can't get more from Social Security in retirement than moderately high earners whose wages hit the annual tax cap, so to make them pay more into the system isn't necessarily the fairest solution.

Get ready to pay more taxes

If you're a higher earner, prepare yourself to fork over some extra money in Social Security taxes next year. And if that's problematic, try lowering your tax burden in other ways. Contributing to a tax-advantaged retirement plan, like a traditional IRA or 401(k), can lower your taxes, as can selling investments at a loss. It's never fun to have to pay more taxes, but that's the reality, so the best you can do is devise a strategy to compensate.