Just as taxes are a huge burden for working Americans, they can also be a drain on seniors' limited resources. If you're worried about affording your golden years, it pays to set yourself up with a number of income sources that the IRS can't tax you on later in life. Here are a few options that fall into this category.

When you house your retirement savings in a traditional IRA or 401(k), you get an immediate tax break for funding that account. The flip side, however, is that your withdrawals are subject to taxes during retirement. Roth IRAs and 401(k)s, though, work the opposite way. With these accounts, you don't get an immediate tax break for contributing money, but those funds are yours free and clear of taxes during your golden years. And while there are annual income limits that dictate Roth IRA eligibility, you can fund a Roth 401(k) regardless of what you earn, provided that option exists in your employer's plan. 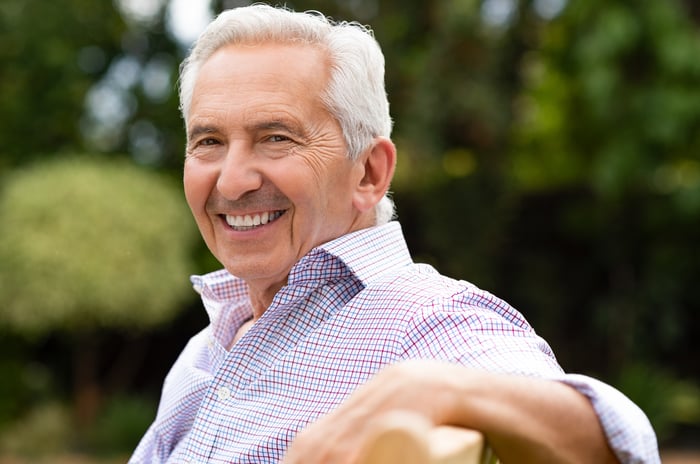 Seniors are generally advised to favor less risky investments during retirement, which often means choosing bonds over stocks. And if you load up on municipal bonds, you won't have to pay taxes on the semiannual interest payments you receive from them. Municipal bonds are those issued by states, cities, and other localities. Their interest is always exempt from federal taxes, and when you buy those issued by your home state, you avoid state and local taxes as well.

If you have a high-deductible health insurance plan, you may be eligible to fund a health savings account, or HSA. And it's worth doing so, because HSA funds don't expire. You can carry them from year to year to pay for medical expenses, but any funds you don't use in the near term can be invested for added growth. Not only are HSA contributions tax-free, but gains on your HSA investments are tax-free as well, and then withdrawals from an HSA can be taken tax-free during retirement to pay for medical expenses like deductibles and copays.

If you have a permanent life insurance policy, it could serve as a tax-free income source for you during retirement. Unlike term life policies, permanent life policies build a cash value over time. If you decide to cash out some or all of your policy in retirement, you'll get to take that withdrawal tax-free up to the amount you paid into it.

The last thing you need as a senior is the stress of losing your limited income to taxes. Keep the above in mind as you do your financial planning for retirement so you're able to retain more income later in life.