Please ensure Javascript is enabled for purposes of website accessibility
Log In Help Join The Motley Fool
Free Article Join Over 1 Million Premium Members And Get More In-Depth Stock Guidance and Research
By Maurie Backman - Oct 28, 2019 at 6:36AM

Here's how to sit back, do nothing, and watch your benefits grow.

Chances are, Social Security will be a substantial source of income for you once you retire, so the higher those benefits are, the less financial stress you'll grapple with. Now you'll often hear that you should make an effort to boost those benefits as much as possible. But actually, in some cases, you can raise those benefits by taking no action at all. Here are a couple of passive ways to get more money from Social Security during your golden years.

The Social Security Administration lets you start collecting benefits at age 62, but you won't get the full monthly benefit you're entitled to until you reach full retirement age, or FRA. Your FRA is determined based on your year of birth, as follows:

Filing early will generally result in a permanent reduction in benefits. You'll lose 6.67% a year for the first 36 months you claim benefits ahead of FRA, and then 5% a year for each 12-month period thereafter. In other words, filing for Social Security three years early will slash your benefits by 20%. Filing four years early will result in a 25% reduction, while filing five years early will lead to a 30% cut. But if you sit back, do nothing, and wait until FRA to file, you'll get more money than you would by filing sooner. And if you delay benefits past FRA, you'll permanently boost them by 8% a year in the process, up until age 70. 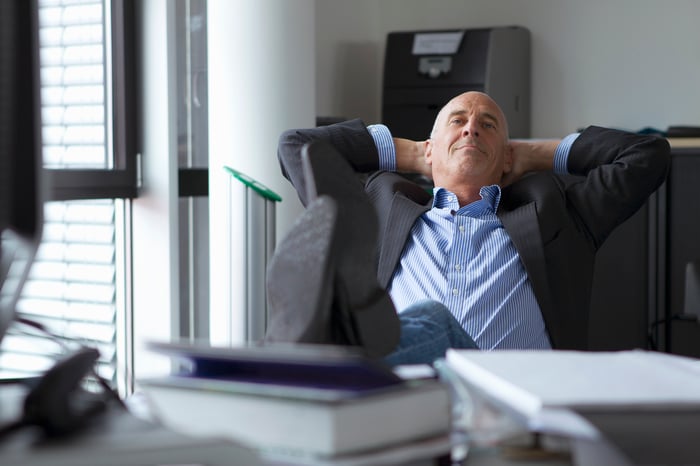 Your Social Security benefits are calculated based on your 35 highest-paid years of wages. But most people earn more at the end of their career than they do at the beginning, which means that if you hold off on retiring and stay in the workforce later in life, you might boost your benefits by virtue of replacing some lower-earning years with higher earnings.

Imagine you started working full-time at age 22, and you're thinking of retiring at age 57. In doing so, you'll still have a full 35 years of work under your belt; you won't risk having any zeros factored into your benefits equation, which is what happens to people who don't put in a full 35 years in the workforce. But if you earned $25,000 a year at age 22, and you're earning $125,000 a year now, by not retiring, you'll have the potential to replace some years of lower income with a higher income. (Keep in mind that when determining your benefits, the Social Security Administration does adjust earlier earnings for inflation; but a $25,000 salary earned 35 years ago still can't compare to $125,000).

Get the most out of Social Security

Even if you amass a healthy amount of savings for retirement, there's a good chance you'll still need your Social Security income to pay for extra expenses or enjoy the luxuries you've been looking forward to all your life. The good news is that you have the power to increase your benefits by not taking action -- by letting your benefits grow rather than claiming them early, and by staying in the workforce rather than marching into your boss's office and resigning.