Retirement is not something any of us should leave to chance. Few of us are guaranteed ample income on which to live comfortably for decades in retirement, so it's up to us to make sure we're saving enough and investing it effectively.

Here's a look at some numbers that can deliver a wake-up call in case you need it. See how much of the following information surprises you. 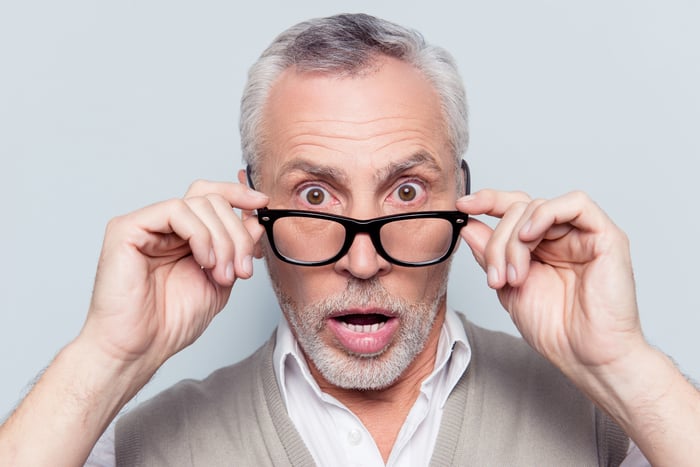 While many people plan for their retirement, lots of them don't appreciate just how long it could be. A man or a woman who is 65 this year can expect to live to an average age of 84 or 86.5, respectively, says the Social Security Administration (SSA). But those are just averages. The SSA also notes that "About one out of every three 65-year-olds today will live past age 90, and about one out of seven will live past age 95."

If you retire at age 65 and live until age 95, that's 30 years -- a period of time that's probably not far off from your entire working life. Many people retire around 62 these days, and some of them will live to age 100 -- those folks are looking at 38 years of retirement!

No. 2: Healthcare could cost you a whopping sum in retirement

It's not a secret that healthcare is very costly these days, even if you have Medicare. The folks at Fidelity scare us each year with their estimates of what a 65-year-old couple will spend out of pocket, on average, for healthcare in retirement. Their latest estimate: $285,000. (That excludes Medicare and long-term-care costs.) Here's a scarier estimate from HealthView Services: "The average healthy 65-year-old couple retiring this year can expect to pay $363,946 ($537,334 future value) in lifetime Medicare and supplemental insurance premiums and out-of-pocket costs." (Note that that's for a healthy couple.)

Most people are underprepared for retirement -- really underprepared. Fully 50% of those aged 35 to 44 have less than $25,000 saved for retirement, according to the 2019 Retirement Confidence Survey. That isn't good, but at least they have a lot of time in which to turn things around. How do those 55 and older fare? Well, check out the table below:

Fortunately, all is not lost. With some discipline and perhaps a little sacrifice (such as the curtailment of $5 fancy coffees each morning), you can amass a lot of money over time. That will likely involve investing in stocks -- perhaps with a focus on dividend-paying stocks.

As the table below shows, by socking away $15,000 each year and averaging an 8% annual growth rate, you can build a nest egg worth about three-quarters of a million dollars. That's much more likely to serve you well in retirement than just, say, $250,000.

No. 5: Millions get 90% of their retirement income from Social Security

Don't assume that that's enough, because the average monthly Social Security retirement benefit was recently just $1,475 -- about $17,700 annually. Of course, if your earnings were above average, you'll get more than that -- but still not a princely sum. For 2020, those retiring at their full retirement age can collect a maximum monthly benefit of $3,011.

If you want a shot at the best retirement possible, take time to do some retirement planning, and then save aggressively while investing effectively. Don't leave much up to chance.