In the ever-popular "when to claim Social Security" debate, you'll often hear age 62 tossed around as a viable option. That's the earliest age seniors can file for benefits, though claiming them at that point means reducing them in the process.

Here's a quick refresher on how those benefits are calculated. The Social Security Administration (SSA) takes your average wages over your 35 highest-paid years in the workforce and adjusts them for inflation. Then, a special formula is applied to what's known as your AIME, or average indexed monthly earnings, to determine how much money you'll eligible to collect at full retirement age, or FRA. 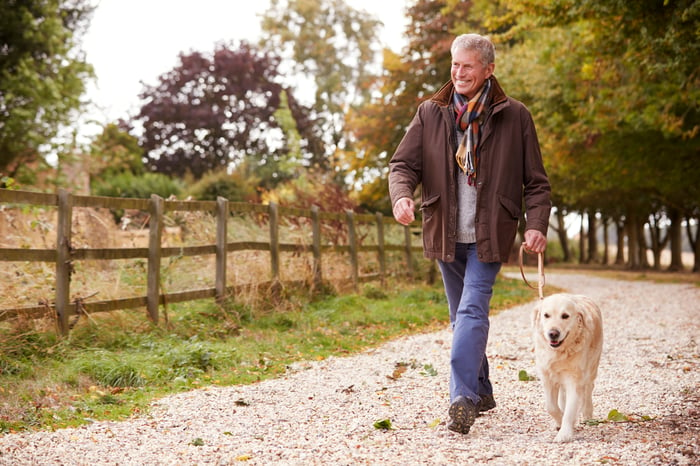 This means that if your FRA is 67 and you file at 62, you lose 30% of your benefits, and usually on a lifelong basis. The only way that reduction won't be permanent is if you undo your benefits by withdrawing your application within 12 months and paying back the SSA every dollar it paid you.

Clearly, a 30% reduction in benefits is serious business, especially for those coming into retirement with little savings or outside income of their own. As such, you'd think filing for Social Security at 62 would be a terrible idea. But actually, under the right circumstances, it can be a very smart move. Here are three such examples.

1. You can afford to

If you're planning to rely on Social Security as your primary source of retirement income, then a massive reduction in benefits could be catastrophic. But if you're entering retirement with plenty of savings and expect to continue working in some capacity to continue generating income, then filing at 62 could make a lot of sense. The reason? Those benefits could give you the option to travel, start a business, or meet any number of goals you'd rather achieve early on in retirement, as opposed to later on. Therefore, if you can afford to take a hit on your benefits, you might as well enjoy them when you want to.

Social Security is supposed to pay you the same lifetime total regardless of when you initially claim benefits. Here's the logic: Filing early will reduce your benefits on a monthly basis, but you'll collect a larger number of individual payments. Filing at FRA means you'll get your full benefit, but fewer individual payments.

At the end of the day, things should even out if you live an average lifespan. But if you pass away sooner than the typical senior, you could end up losing out on lifetime Social Security income by waiting to file.

That's why your health should be a major factor in determining when you claim benefits. If it's poor, and you're unlikely to live a long life, then filing for Social Security at the earliest possible age of 62 often makes sense.

3. You have no other steady source of income

Not everyone who claims Social Security at 62 plans to do so. But if you reach that age and are let go from your job, then you may have no choice but to file for benefits in the absence of outside income to pay your bills.

Granted, you do have the option to charge expenses temporarily on a credit card while you look for new work, or to take out another type of loan. But doing so is risky, because unfortunately, finding a job can be difficult when you're older, what with age discrimination being rampant in the workforce. And the longer you carry any sort of debt, the more interest you accrue on it. A better bet, therefore, may be to file for Social Security as soon as you can to get your hands on the money you need to keep functioning. That way, you'll avoid debt, and if you do find a job shortly after claiming benefits early, you can undo them as discussed earlier and file again at a later in point in time to avoid a lifelong reduction.

Many seniors file for Social Security at 62 simply because they can. And while that's a decision that can ultimately backfire, there's nothing wrong with claiming benefits at 62 if you have a well-thought-out reason for doing so.