Social Security alone won't pay the bills in retirement. The average senior who currently collects benefits receives less than $18,000 in annual income from it, which isn't a whole lot to live on. That's why it's crucial to build savings of your own -- so that you're able to maintain a decent standard of living once your career comes to a close.

Unfortunately, new data from Wells Fargo indicates that Gen Xers have some work to do in this regard. An estimated 22% have less than $25,000 set aside for retirement. Meanwhile, only 16% say they've socked away $250,000 or more.

It's an even bigger problem for older Gen Xers in their early to mid-50s who don't have all that much time left to plan and save for retirement. If you're a Gen Xer whose nest egg needs a boost, you should make funding your IRA or 401(k) a major priority -- before it's too late. 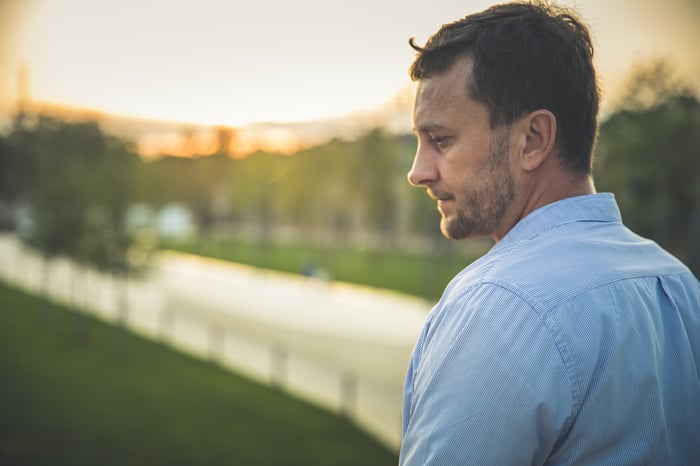 Why have Gen Xers been struggling to save?

Many Gen Xers' income and savings took a hit in the Great Recession, and 10 years later, those same people have yet to fully recover. But that's not all. Gen Xers have a lot of expenses to contend with, from housing to funding their kids' college to paying off the tail end of their own student loans. As such, it's not shocking that more than 20% of workers in their late 30s to mid-50s are behind on savings.

But while you may have a reasonable excuse for not having a more robust nest egg, the fact of the matter is that you can't afford to neglect your savings at this stage of life. So if you're sitting on less than $25,000 in retirement savings, rework your monthly budget immediately. Cut out expenses you can live without, and reduce those that are clear necessities, but that are eating up an unhealthy chunk of your income. In other words, if you're stuck with a $500 monthly car payment, trade in your vehicle for a cheaper one that'll cost you $300 but still get you where you need to go.

Along these lines, look at getting yourself a second job. It's a reasonable solution if your savings need a boost and you're only willing (or able) to cut so many expenses in your budget. You don't need to work weekend shifts at a retailer or restaurant, though. You can start your own business, or turn a hobby you enjoy -- like web design, gardening, or cooking -- into an income stream.

If you don't make an effort to sock away some money ahead of retirement, your golden years will be far less pleasant than you'd like them to be. On the other hand, if you ramp up your savings while you can, you can not only salvage your retirement, but position yourself to really enjoy it.

Imagine you're 47 years old, with 20 years left until you'd like to retire. Even if you're starting out with no savings at all, here's what your retirement plan balance might grow to depending on the amount of money you're able to contribute each month between now and then:

Clearly, all is not lost on the retirement savings front, so make an effort to boost your nest egg while you can. And if you're wondering about the 7% return above, it's a few percentage points below the stock market's average. And 20 years is plenty of time to go heavy on stocks and recover from potential market downturns along the way.

Your retirement isn't going to fund itself, and Social Security alone won't cut it, either. If you're behind on savings, don't wait any longer. The older you get, the less opportunity you'll give your money to grow, and the more likely you'll be to wind up cash-strapped during your golden years.