There's nothing like the beginning of a new year to rethink your financial circumstances and make plans to change them for the better. Here are Americans' top five money resolutions for 2020, according to a recent survey by Principal Financial. All of these are worthwhile goals, and it pays to consider adding them to your list.

1. Save more money each month

Saving more money tops Americans' list of financial resolutions for 2020, and if you automate the process, you'll be more likely to have success. You can put your efforts on autopilot by signing up to have a portion of each paycheck you get land directly in a savings account, or by signing up for your employer's 401(k). And if you don't have access to a 401(k), find an IRA with an automatic transfer option and stash your retirement funds there. 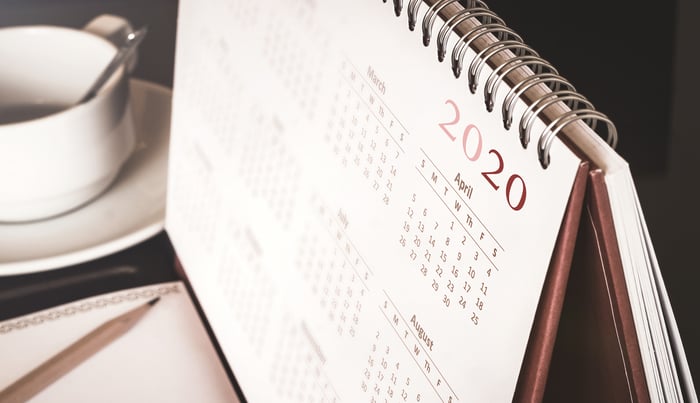 With saving more money each month being Americans' chief financial goal, it's not surprising to see reducing spending as a secondary objective, since the latter lends to the former. If your goal is to spend less on a regular basis, get yourself on a budget. That way, you'll be able to track your expenses and identify ways to cut corners.

Credit card debt is pretty much the least healthy kind to have. Not only can it cost you a boatload of money in interest, but it can also damage your credit score if it gets too high. The fact that Americans are pledging to shake their credit card debt is a good thing, so if you'd like to do the same, use your budget to make smart lifestyle adjustments that free up cash. At the same time, come up with a smart debt payoff plan. Often, that means paying your debts with the highest interest rates first, though a balance transfer -- where you move your various debts on to a single credit card with a lower interest rate -- could also be a viable solution.

An estimated 39% of U.S. adults don't have the cash on hand to cover a mere $400 emergency, the Federal Reserve Board reported earlier this year. If you're in a similar boat, it's imperative that you make boosting your cash reserves a major priority. In addition to cutting back on spending to carve out money for your savings account, consider getting a second job if you're really low on emergency funds. That way, you won't need to resort to debt when unplanned bills pop up out of the blue. You should, at the very least, aim to sock away three months of essential living expenses for solid protection against unforeseen expenses.

5. Save more for retirement

Social Security isn't designed to sustain seniors by itself. Those benefits will generally replace about 40% of your income if you're an average earner, and most retirees need more like 70% to 80% of their former wages to maintain a comfortable lifestyle. If you're behind on retirement savings, cut back on spending and consider boosting your income with a side gig to catch up. In 2020, you can contribute up to $6,000 annually to an IRA, or $19,500 to a 401(k), if you're under 50. And if you're 50 or older, you can benefit from an even higher annual contribution threshold -- $7,000 for an IRA, or $26,000 for a 401(k).

It's easy to make New Year's resolutions, but sticking to them is much harder. Once you map out your financial goals for the coming year, come up with a plan to fulfill them. You'll be really grateful for it when your finances wind up in much better shape.