Please ensure Javascript is enabled for purposes of website accessibility
Log In Help Join The Motley Fool
Free Article Join Over 1 Million Premium Members And Get More In-Depth Stock Guidance and Research
By Katie Brockman - Dec 14, 2019 at 8:03AM

Retiring abroad isn't easy, but it may be one of the best decisions you'll ever make.

Retirement is the perfect opportunity to have new adventures and start fresh. With no job to tie you to a particular city, you're free to move wherever you please. And for an increasing number of Americans, that means moving to a brand new country.

Roughly one in five Americans say they'd like to retire abroad, according to a survey from Provision Living. And the most popular retirement destination for those dreaming of moving to a new country? That honor belongs to Italy. That's no surprise, as Italy offers breathtaking views, sunny beaches, and more culture and history than anyone could ever take in over a lifetime.

However, retiring abroad is more complex than simply packing your bags and buying yourself a plane ticket. There are a lot of factors to consider before you choose to spend your golden years in a different country. For some people, it may not be a good idea. But for others, it could be one of the best decisions you'll ever make. 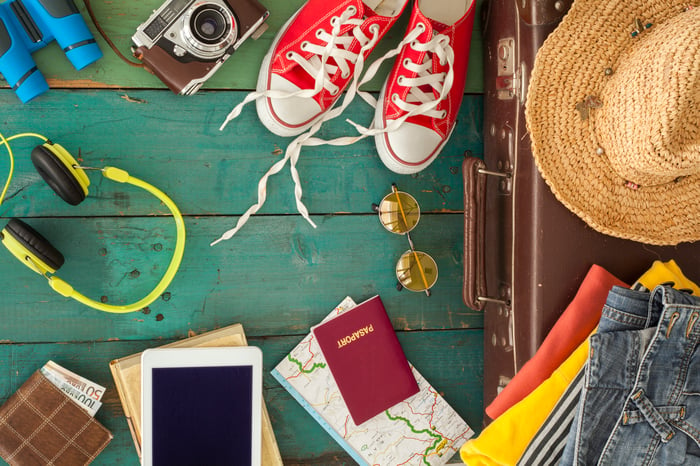 Things to consider before retiring abroad

In general, moving is exhausting, expensive, and a major hassle. Even moving across town can be a headache, but moving to a foreign country comes with loads of other important considerations. For example, will you need to learn a new language in your new country? Will your friends and family be able to visit occasionally? Will you face any cultural barriers? If you choose to work part-time in retirement, how difficult will it be to obtain a work permit?

In addition, you'll need to think about how, exactly, you'll move. Will you sell or donate all your belongings and buy new things in your new home? Or are you planning on hauling all your furniture, vehicles, and other items abroad?

It's also important to think about whether you'll receive Social Security benefits if you move outside the U.S. In general, as long as you're eligible to collect benefits (meaning you've worked and paid Social Security taxes for at least 10 years), your monthly checks will follow you to your new country. But you might face problems if you've spent a significant amount of time working in a country besides the U.S. If that country isn't one of the 26 countries the United States has totalization agreements with and you're not eligible to receive benefits based on your work record in the U.S., you might not be eligible to collect benefits at all in retirement.

Finally, there are all the administrative details you'll need to iron out if you decide to move to a new country. You'll need to open new bank accounts, for instance, and exchange your money if your retirement destination uses different currency. You'll also need to establish residency in your new country (which can be a piece of cake or a nightmare depending on where you move), obtain a driver's license, and figure out your tax situation.

Although retiring abroad isn't easy, that doesn't mean it isn't worth it. If you choose the right place, you can potentially live a much more enjoyable and comfortable lifestyle at a fraction of the price of retiring in the states.

If you've decided that you're up for the adventure of retiring abroad, the next step is figuring out where you want to move.

One of the most important factors when choosing a retirement destination is affordability. Italy may be the most desired country to retire to, but it's not cheap. In Rome, for example, the average 900-square-foot apartment in an affordable neighborhood will cost you around $1,200 per month, according to expatriate resource Expatistan. And if you want to live in a more upscale area of the city, the average rent is more than $1,600 per month.

That said, there are plenty of affordable countries to retire to. Many countries in Central and South America, for instance, boast a cost of living that's significantly lower than in the United States, as do several parts of Asia. Healthcare is also much more affordable in many parts of the world than in the U.S., which can save you even more in retirement.

Ultimately, your overall quality of life will greatly depend on the individual city you choose to call home. Once you've narrowed down what country you want to live in, start researching different cities. Be sure to look at more than just price, too. Research crime rates, healthcare access, as well as the types of activities that will be available -- like museums, restaurants, theaters, etc. Also be sure to think about any language or cultural barriers you'll face, and consider whether you're willing to overcome those hurdles if you move to that city.

Retiring abroad isn't for everyone, and it also isn't easy. However, if you do your research and go into it as prepared as possible, it can be the adventure of a lifetime.