Older Americans spend a fortune on medical care. A Gallup poll this year showed that seniors withdrew an estimated $22 billion from long-term savings over a 12-month period to cover the cost of healthcare. An estimated 6.3 million seniors said they withdrew an average of $3,521 in the past 12 months to fund medical costs.

When seniors are forced to take large withdrawals from long-term savings to pay for healthcare, it can cause their principal balance to decline too quickly, leaving them at risk of running out of money at the end of their life.

For those who are not yet retired, this is a troubling wake-up call underscoring the importance of saving a dedicated sum for healthcare. And current retirees need to identify ways to manage healthcare costs while maintaining a safe withdrawal rate. 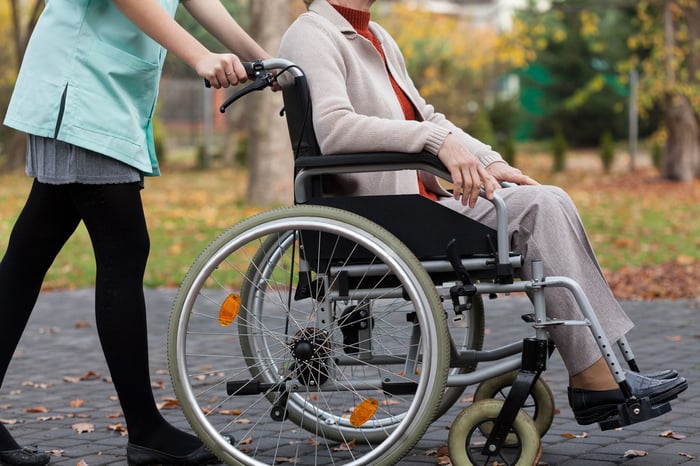 Planning for healthcare costs in retirement

Preparing for high healthcare expenditures in your later years is a lifetime project, so you need to factor in the likely costs when you set your retirement savings goals. This may mean saving several hundred thousand dollars just for medical expenditures.

If you have a qualifying high-deductible health insurance plan, you can open a health savings account and make tax-deductible contributions to it. You can invest the funds in your HSA so they grow with the broader market. As a retiree, you can use the money tax-free for healthcare. If you're lucky enough not to need it, you can also withdraw the funds for any purpose without incurring a penalty after you turn 65, but you will be taxed on the withdrawals as ordinary income if you don't use them for healthcare expenses.

If you don't qualify for an HSA, save enough money into your 401(k) or IRA to cover both everyday costs of living and healthcare during retirement. You may even wish to open a dedicated IRA for medical costs.

Long-term care insurance could be a good idea too because nursing care and home healthcare aren't typically covered by Medicare and can cost thousands of dollars monthly.

If you're already retired, it's too late to save up a huge sum to cover your care -- but it's not too late to try to make your medical expenses as affordable as possible.

Talk to your doctors and let them know you have financial concerns. They may be able to suggest less-expensive treatments, prescribe generic drugs instead of branded ones, or provide manufacturer samples of your medications to reduce spending on prescriptions.

You'll also want to make sure you select the right Medicare coverage for your needs. This may include using a Medicare Advantage Plan instead of traditional Medicare or paying premiums for Medigap insurance to get more services covered.

If you're truly struggling, see if you qualify for Extra Help through Social Security, which can assist in paying for prescription drugs. Or you may qualify for Medicaid, which could cover some costs Medicare doesn't.

If you're not among the millions of seniors forced to withdraw funds from long-term savings to cover healthcare costs, you could still find yourself in this situation in the future. Both current and future retirees need to start preparing today.