While it's good that so many Americans are positive about their futures, this confidence may be misplaced for some. In fact, the data from EBRI shows most Americans aren't really in great financial shape for retirement.

This can be a big problem if workers are overestimating how secure they'll be as seniors. 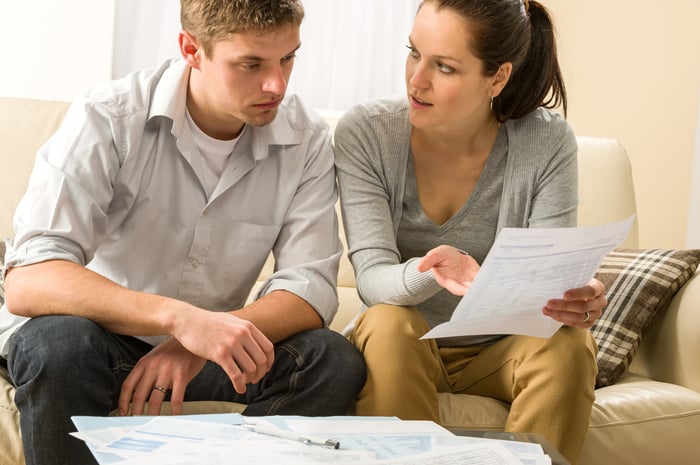 Are workers overconfident about their retirement prospects?

The same EBRI survey that indicated high confidence levels about retirement also revealed some troubling signs suggesting workers aren't really going to be ready after all.

One of the most troubling responses was that just 42% of workers have calculated how much money they'll need for retirement. Without a target goal, it's impossible for that other 58% of Americans to know if they're going to have enough money or not.

More than half of all workers also indicated they don't feel confident they can save for retirement and accomplish other financial goals at the same time. And 60% say they're concerned about the debt they're carrying. When debt payback or other financial demands eat up a big portion of spare income, savings shortfalls are inevitable.

Workers also seem to overestimate the likelihood they'll be able to supplement their retirement savings with paychecks. Around 80% of survey respondents said they planned to work and earn income in retirement while only 28% of current retirees actually have jobs.

Future retirees also plan to work longer than is likely, with most aiming to go until 65. The median retirement age among actual retirees, though, is just 62 -- and 40% of current retirees left work earlier than anticipated. Being forced to leave work early provides less time to save and often means reduced Social Security benefits if they're claimed right away upon retirement.

Finally, the EBRI survey showed 59% of current workers are confident they'll be able to cover healthcare expenses, while 52% feel they'll have enough money for long-term care. Yet these expenses can add up to hundreds of thousands of dollars, which few future retirees have fully planned for.

Avoiding overconfidence about your retirement savings

If you're among the 67% of workers feeling confident about your retirement savings prospects, make sure your outlook isn't too rosy.

Start by calculating your retirement savings goal. There's several ways to do it, but one of the easiest is to estimate you'll need 10 times your final salary. Don't forget to factor in the costs of healthcare and long-term care.

Then use an online calculator to assess whether you're really on track. If you find you underestimated your savings needs or that you're putting aside too little to hit your target, start finding ways to put away more.