It's easy to gaze wistfully at wealthy people and wish you were one of them. Most people assume that millionairehood is well beyond them, but for many of us, it's actually quite achievable. And even if you don't get all the way to having a million dollars or more, you may be able to greatly boost your net worth and build a more secure financial future.

Learn about how people in average jobs reached the millionaire milestone -- because you may be able to follow their examples to wealth. 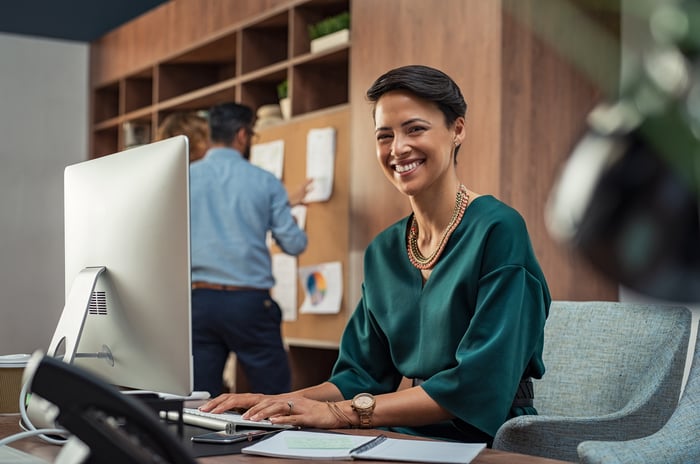 Sylvia Bloom worked for 67 years at a major New York City law firm, Cleary Gottlieb Steen & Hamilton. Her death in 2016 made headlines because of her great generosity -- she left $6.24 million to the Henry Street Settlement social services organization as well as bequests to other organizations. She amassed $8.2 million over her life, and if you're assuming it's because she was a big-time Manhattan lawyer, you'd be wrong. She was a secretary from Brooklyn, who earned a college degree while working.

Like most of us, she was never taught anything about investing. But one day her boss asked her to have a particular stock purchased in his investment account. He did that many times, and Sylvia started buying a few shares of whatever he bought for herself, on the side. Like many of us, she learned about investing on her own, largely by just doing it. (It's better to read a lot about investing first, though.)

If you think about it, you probably have the same ability to amass a lot of money as she did: You have a decent brain, you have some income to invest (via a relatively ordinary job), and you have some time ahead of you. Time is actually critically important, because the longer your money can grow, the bigger your nest egg will be. Bloom's money was able to grow over decades and the table below shows how a modest single investment of just $1,000 can grow, at an average annual rate of 8%:

Bloom is only one of many ordinary people who surprised friends and neighbors by being worth millions upon their death -- by investing, living frugally, or both. Here are some others:

There are lots of other ordinary people who have amassed extraordinary wealth, so don't think it's something that can't happen and can't happen to you.

What we can learn from all the Blooms in the world

Take a close look at many people who have built great fortunes, and unless they founded a hugely successful company, they probably got wealthy via the stock market. Few investments are likely to increase in value as briskly as stocks -- over the long run. The table below makes that clear, showing the average returns for stocks, bonds, bills, gold, and the dollar between 1802 and 2012.

Of course, not every stock will soar, so you'll need to either learn enough to be able to zero in on the most promising stocks, or just stick with low-fee, broad-market index funds. There's no shame in that, and they can build great wealth over years.

Another key lesson is that you do need to be patient because most of these people's fortunes were amassed over several decades. That might be hard if you're already 65, but even then, you may still have a decade or more in which to be an active investor. And better still, if you have kids or grandkids, you might be able to help launch them into many decades of investing.

Most of these stealthy wealth-builders have another thing in common -- they lived life frugally. Some did so to a great degree, wearing threadbare old clothes, for example, but others did enjoy the finer things in life while keeping their spending in check. There are lots of ways to save money.

So don't let yourself assume that you'll never be rich. You can probably achieve much greater wealth than you would have thought you could.