Saving for retirement is hard to do, regardless of your relationship status. But if you're single, you may have a harder time socking funds away for the future.

After all, being single means not having a partner to share expenses with. Because of this you're forced to foot all of your mortgage payment, utility bills, and other living costs that can be shared by couples, each with his or her own income.

It's not surprising, then, to learn that single workers save a lot less money for retirement than their married counterparts. The Economic Policy Institute reports that as of 2016 (the last year for which its data is available), only 44% of single men and 45% of single women had a retirement savings account. By contrast, 67% of couples had one. 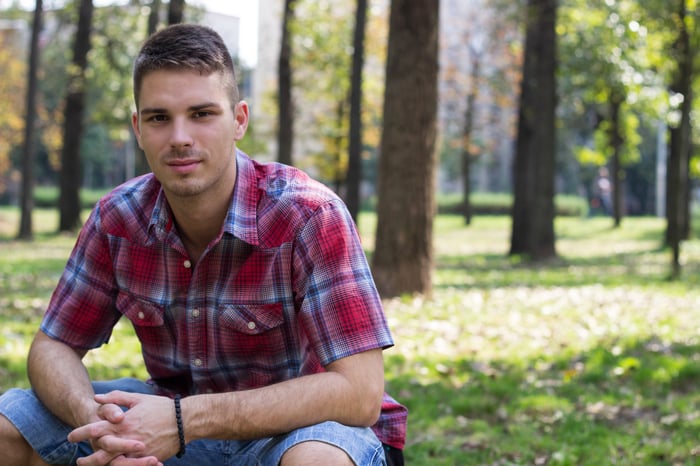 If your single status has been an impediment on the road to retirement savings, it's imperative that you take steps to compensate. Otherwise you'll risk struggling financially later in life.

Being single can be challenging once your career comes to a close. For one thing, you'll have only one nest egg to tap -- yours. And you'll be limited to a single Social Security benefit, too. Married folks, on the other hand, get two sets of benefits no matter what. In the case of two married seniors with individual work records, each spouse can claim a benefit independently. In the case of two married seniors, one of whom worked while the other one didn't, the nonworker can claim spousal benefits based on the worker's earnings record.

Being single could also increase your likelihood of needing long-term care. Married folks can turn to their spouses if they get injured, for example, and need help with the activities of daily living. But if you're single and live alone, you may not have that built-in caregiver.

That's why it's crucial to save as much as you can for retirement while you have the chance, and the earlier you start the better. Socking away $400 a month in an IRA or 401(k) over 40 years, for example, will leave you with around $958,000 if your investments manage to generate an average annual 7% return during that time, which is just below the stock market's average. Limit yourself to 20 years at that savings rate, and you'll have just $197,000 in your nest egg, assuming that same 7% return.

Now, earlier we talked about the ways saving for retirement is more difficult for single folks. But being single also has its advantages. For one thing, you get to call your own financial shots, which means that if you choose to make lifestyle adjustments to free up money for long-term savings, you won't have to worry about your partner spending freely regardless and holding you back.

Another thing: If you live alone, you may have an easier time residing comfortably in a compact home. And sticking with a smaller living space could help keep your housing costs low, thereby freeing up more money for your IRA or 401(k).

Finally, being single means you have complete control of your time, and so you may find it easier to get a side job to boost your income and accumulate cash for savings. It also means having the ability to pack up and relocate if you're offered a job in another state with better pay.

In other words, single people are by no means doomed on the retirement savings front. The fact that they lag behind married couples, however, is something they should all take steps to make up for.