Read the news, and you're likely to near some pretty negative details about Social Security's finances. But what exactly does that mean for benefits? Are future retirees doomed? Or are the rumors about the program's impending demise getting blown dangerously out of proportion?

The lowdown on Social Security

Let's get one important piece of information out of the way: Social Security is not on the verge of going broke, and there's no reason to believe that benefits are on the drink of disappearing. Social Security gets the bulk of its revenue from payroll taxes. Therefore, as long as we have a workforce, the program can exist and continue paying benefits. 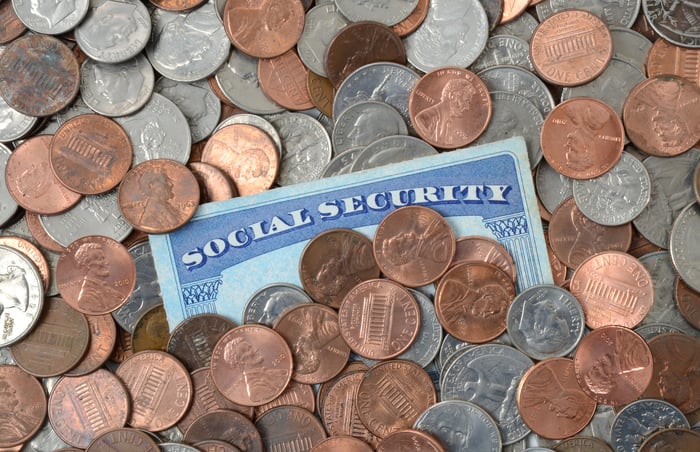 What is happening, however, is that the program's trust funds are expected to run dry by 2035. Those funds help Social Security bridge the gap between its incoming revenue and the amount of benefits it's scheduled to pay out. Since more workers are leaving the workforce these days than entering it, the program needs its trust funds to keep up with its financial obligations. Once those funds run out, benefits could get cut across the board.

As of now, Social Security recipients are potentially looking at a 20% reduction in benefits by 2035. But that's by no means set in stone. First, lawmakers are heavily invested in avoiding that scenario, as it would no doubt drive an untold number of seniors into poverty. Secondly, the aforementioned timeline could shift, as could the details of it. Maybe Social Security won't have to cut benefits till closer to 2040. Maybe the reduction in question won't end up being as harsh as 20%. There are still a lot of variables at play, so worrying about Social Security's future isn't necessary a good use of your mental space. What you should do, however, is take steps to ensure that you're not super-reliant on Social Security during your golden years.

The more you save, the better

Even if Social Security cuts don't come to be, it's important to recognize that those benefits will only replace about 40% of your pre-retirement income if you're an average wage-earner. Most seniors, however, need roughly twice that amount to live comfortably.

In other words, you shouldn't be counting on Social Security to fund your retirement entirely anyway. Rather, you should be socking money away in an IRA or 401(k) so that regardless of what happens to your benefits, you have a means of paying your bills.

Say you're entitled to a Social Security benefit that mimics what the average senior collects today. All told, you're looking at about $18,000 of annual income -- probably not enough to live on.

On the other hand, if you manage to set aside $350 a month in an IRA or 401(k) over 35 years, and you invest that money at an average annual 7% return, which is a reasonable assumption when you load up on stocks, then you'll be sitting on around $580,000 in savings of your own. If you withdraw from that balance at an annual rate of 4%, which many financial experts suggest, you'll have just over $23,000 a year at your disposal during retirement.

Now, let's imagine you'd normally be entitled to around $18,000 a year from Social Security, but that benefits are, in fact, reduced to the tune of 20%. In that case, you'd still have about $14,400 coming in from Social Security on top of the $23,000 your savings give you access to. All told, that's over $37,000 in annual retirement income, which may not make you rich, but could buy you a decent lifestyle, especially if you retire in a low-cost area with a fully paid-off home.

It's easy to get worked up about Social Security, especially when the program gets so much negative press. But rather than waste your time stressing out about something you can't control, focus on the one thing you can control -- building savings. That way, you'll be less reliant on those benefits, and less likely to get hurt financially if cuts are indeed implemented down the line.