Believe it or not, getting more checks isn't always the best thing.

There are a few good reasons for starting to collect Social Security as soon as you become eligible, at age 62. It might make sense to start that early if you expect to have a short life or if you are forced into early retirement and need the money to help you stay out of debt.

If those scenarios don't apply to you, though, you're probably better off delaying benefits. Still, thousands of people start collecting Social Security at age 62 every year, often without giving it enough thought. Here are three of the worst reasons for claiming benefits right away. 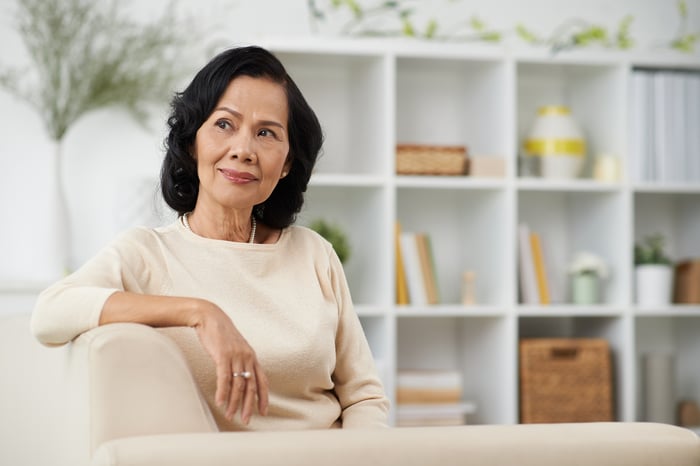 1. Just because you can

You've spent decades paying into Social Security, and it's understandable that you're ready to finally get some money out of the program. You'll get the most checks if you start benefits right away, at age 62, but you might actually cost yourself money over your lifetime.

You must delay benefits until your full retirement age (FRA) -- 66 or 67, depending on your birth year -- if you want the full scheduled benefit you're entitled to based on your work record. Every month that you claim benefits before your FRA will permanently reduce your checks, while every month that you delay benefits will increase your checks -- at least until you reach your maximum benefit at age 70.

You should consider all of your options carefully rather than blindly starting Social Security at age 62 just because you're able to. You might find that you can comfortably afford to pay for your expenses without Social Security for a few years, and then you can claim benefits later, when you're entitled to larger checks.

2. You think it won't make that much of a difference

So, starting Social Security early means smaller checks, but it can't make that much of a difference over your lifetime, can it? Actually, it can cost you tens of thousands of dollars. If you begin Social Security at 62 and have an FRA of 67, you'll only get 70% of the benefit per check you'd be entitled to at your FRA. If your FRA is 66, and you start collecting at age 62, you'd get 75% of your scheduled benefit per check. Those who delay benefits past their FRA can get 124% of their scheduled benefit per check at age 70 if their FRA is 67, or 132% if their FRA is 66.

So, starting to receive benefits early can actually cost you a great deal. If you want the most money overall, you have to consider approximately how long you're going to live. Delaying benefits makes more sense if you're trying to get the most money possible and you expect to live a reasonably long life.

The government has discussed several proposals for keeping Social Security sustainable for future generations, but it hasn't made any decisions yet. Some of the suggestions, including reducing benefits and reducing cost-of-living adjustments (COLAs), could mean that your benefits won't stretch as far in the future, but you don't have to worry about Social Security going away. If you're worried about Social Security losing value over time, that could give you more incentive to delay benefits and claim later, when you're entitled to larger checks, so that each check will go further.

I'm not saying that claiming Social Security at age 62 is always the wrong choice, but if you were planning to do this because of one of the reasons listed above, you might want to rethink things. Delaying benefits could prove much more beneficial over the long run, assuming you can afford to wait to begin collecting Social Security.