New research shows that even the highest earners are having serious financial difficulties. But there are a few easy ways to turn your situation around.

It's easy to fall into the trap of thinking that more money will solve your financial challenges. However, new research shows that even the highest earners are living paycheck to paycheck.

Nearly a third (30%) of workers earning more than $100,000 per year say they run out of money before they receive their next paycheck, according to a survey from Salary Financial. Furthermore, 32% of those who earn $200,000 or more per year also say they regularly run out of money between paychecks. For comparison, around 40% of those earning less than $15,000 per year struggle with living paycheck to paycheck. 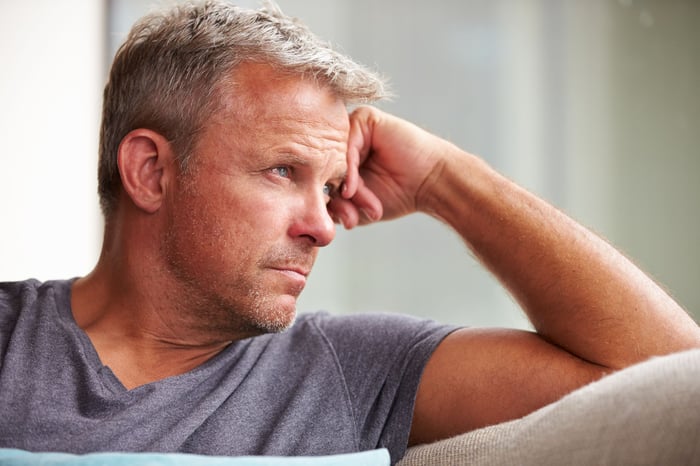 Learning good money management skills is a smart idea no matter how much you're earning, and nearly everyone can stand to benefit from a few healthy financial habits. Whether you're just scraping by financially or are living comfortably and looking to further improve your situation, these tips can help you save more, spend less, and get your finances under control.

One of the best things you can do to improve your finances is to get into the habit of budgeting. Sometimes it's tough to tell exactly how much you're spending each month if you're not tracking your expenses and setting spending limits for yourself.

In fact, although 60% of workers say they live paycheck to paycheck, according to a survey from Charles Schwab, the average survey respondent also admitted to spending nearly $500 per month on unnecessary costs. In other words, you may feel like you're struggling to make ends meet, when in reality, you simply may not realize where all your money is going.

By establishing a budget, however, you'll have a clear picture of exactly how you're spending your money each month. It's also easier to see if you're overspending in any particular area when all your expenses are mapped out in front of you, and you can quickly see where you should be cutting back.

People who have an emergency fund are 2.5 times more likely to feel confident in reaching their long-term financial goals, a survey from AARP found.

Having some savings set aside for a rainy day can help in several ways. First, it can help you avoid taking on debt if you're hit with an unexpected expense. Second, it will keep your retirement savings safe because you won't have to risk tapping your retirement account to cover an unplanned cost. And third, it can lower your stress because you won't need to worry about whether an unexpected expense or job loss will wreak havoc on your finances.

Aim to save enough to cover around three to six months' worth of general living expenses in your emergency fund. If that task sounds daunting, keep in mind that saving anything is better than saving nothing, and while a couple hundred dollars socked away won't protect you against any expense that could pop up, it will help some. Take it one step at a time and save what you can until you're able to build a solid emergency fund.

Goals give you something to work toward, which can make it easier to manage your money and make healthy choices. Your goals could include long-term targets like saving for retirement, paying off your debts, or helping your kids pay for college -- or you may simply want to make it to your next paycheck without running out of money.

No matter what your goals look like, write them down and create an action plan to achieve them.  Then, prioritize those targets so you know where you should be focusing the most. For example, if saving for retirement is your biggest priority right now, you may choose to set aside a bigger chunk of change toward that goal every month. Or if you simply want to avoid living paycheck to paycheck, focus your efforts on cutting back in a few areas of your budget to stretch every dollar.

Another benefit of establishing goals is that it can give you a greater sense of control. Approximately 58% of Americans feel their finances control their lives, according to a survey from Capital One, and that stress can lead to sleepless nights, difficulty at work, and fatigue. When you have goals and a concrete plan to reach them, though, that puts control back in your hands.

Fatter paychecks won't necessarily solve all of your money problems, and even high earners sometimes struggle with keeping their finances in check. The good news, though, is that no matter what your situation looks like, it is possible to improve by making a few lifestyle adjustments and developing healthy habits that will last a lifetime.