Please ensure Javascript is enabled for purposes of website accessibility
Log In Help Join The Motley Fool
Free Article Join Over 1 Million Premium Members And Get More In-Depth Stock Guidance and Research
By Maurie Backman – Feb 24, 2020 at 8:36AM

If you're one of them, consider this your very important wake-up call.

Retirement is an expensive prospect, and it'll take more than just Social Security to pay for it. Thankfully, tax-advantaged savings plans like IRAs and 401(k)s make it easy for workers to sock money away for retirement. And, these plans are also instrumental in letting workers who are behind on retirement savings make up for lost time, since both IRAs and 401(k)s offer catch-up contributions for anyone 50 and older. 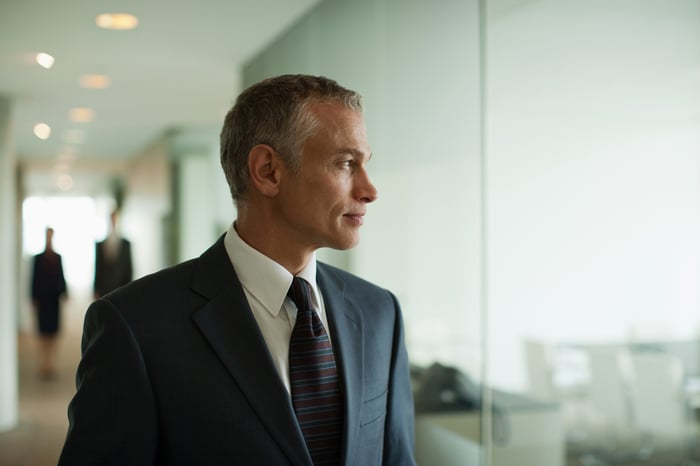 But while catch-up contributions can make a huge difference for older workers who lack retirement savings, a 2019 survey by Principal Financial Group reveals that only 7% of pre-retirees took advantage of them last year. That means the overwhelming majority of older workers are losing out on a key opportunity to grow some last-minute wealth for retirement and lower their chances of struggling financially once their careers come to a close.

Don't miss the chance to boost your savings

Though there's no single retirement savings number that guarantees long-term financial security, as a general rule, it's a good idea to end your career with 10 times your ending salary socked away in a 401(k) or IRA. If you're nowhere close, then taking advantage of catch-up contributions is a good way to make that happen.

Let's imagine you're 52 years old and earn $80,000 a year, and that you're sitting on $60,000 in your 401(k). While that sum is better than nothing, it constitutes being behind at that stage of your career. If you were to max out your 401(k) for the next 15 years at today's limits, including your full catch-up, you'd wind up with about $819,000 in total savings if your investments in that account were to generate an average annual 7% return (which is doable if you load up on stocks).

Now, we just learned that it's wise to retire with 10 times your ending salary, and in this example, maxing out a 401(k) with catch-up contributions makes that happen. Of course, it's not exactly easy to go from modestly funding a retirement plan to maxing out, catch-ups and all. But if you're willing to make some sacrifices later on in your career, it's doable. Those sacrifices could include downsizing your home, scaling back on leisure and travel, and getting a second job to boost your contributions. And while that may seem extreme, consider this: Social Security pays the average beneficiary today just about $18,000 a year. If you're behind on retirement savings, then it absolutely pays to take advantage of catch-up contributions in the plan you have access to.

Even if you're not behind on retirement savings, there's really no such thing as having too much money for your golden years. If you push yourself to capitalize on catch-up contributions, you'll have even more financial flexibility once your time in the workforce comes to an end.