Please ensure Javascript is enabled for purposes of website accessibility
Log In Help Join The Motley Fool
Free Article Join Over 1 Million Premium Members And Get More In-Depth Stock Guidance and Research
By Maurie Backman - Mar 1, 2020 at 8:02AM

When you should claim your benefits? Full retirement age is an option worth considering.

Seniors who want to start collecting Social Security have an eight-year window to sign up. That window begins at age 62 and runs all the way until age 70. In fact, technically, you can sign up after age 70, though there's no financial incentive to wait beyond that point.

Now you'll often hear arguments in favor of filing for benefits early, or for delaying your enrollment as long as possible. But it pays to consider the upside of signing up for Social Security on time.

What exactly does "on time" mean? In the context of Social Security, it means claiming benefits at your precise full retirement age, or FRA. That age is dependent on the year you were born, as follows:

No matter what your FRA looks like, filing for benefits at that point in life could really pay off. Here's why. 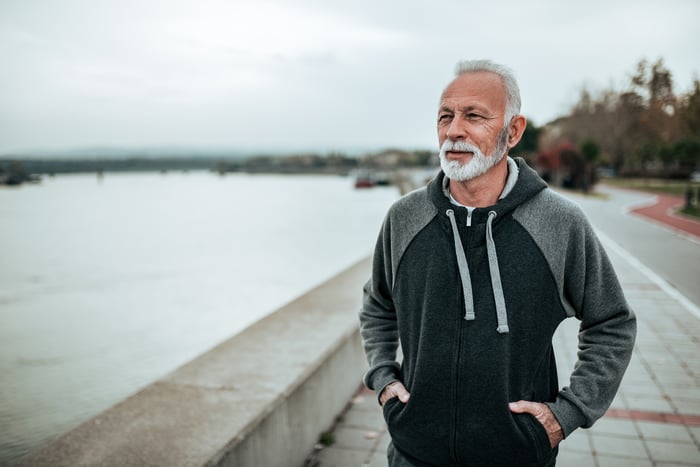 1. You won't reduce your benefits

Many seniors rush to sign up for Social Security well ahead of FRA. After all, why not go after their money sooner if they're entitled to it? The problem with claiming benefits before FRA, however, is that for each month you file early, your benefits will go down by a certain percentage. Assuming your FRA is 67, here's what that reduction might look like based on how early you file:

The upside of signing up for Social Security on time is that you won't take a hit on your benefits at all. And that's especially crucial if you're entering your senior years without a lot of retirement savings, because it means you'll be counting on those benefits even more to pay the bills.

2. You won't have to wait too long to collect your benefits

Just as signing up for Social Security before FRA results in a reduction in benefits, delaying Social Security past FRA results in a boost in benefits. Specifically, you can grow your benefits by 8% a year up until you turn 70, at which point that incentive runs out. But while snagging a lifelong increase in your Social Security payments may seem appealing, to do so, you may need to spend those extra years in the workforce. And if you have a stressful, demanding job, that could negatively impact your health.

Another perk of claiming Social Security on time is that you won't have to wait too long to get your money. If you'd rather not delay retirement, you can push yourself to work until you turn 66, 67, or somewhere in between, and then start enjoying the freedom of not having a job while you're still relatively young.

What's the right filing age for you?

When it comes to claiming Social Security, there's no such thing as a single right or wrong filing age. Ultimately, signing up early could work out well for you, as could filing late. But taking benefits exactly on time is a pretty good middle-ground solution, and as such, it's one worth considering.