Nearly four in five Americans age 40 to 79 have less than $500,000 saved for retirement, according to a recent TD Ameritrade survey, and roughly one in three in that age group has less than $50,000 saved.

I probably don't need to tell you that's a huge problem. The average household headed by someone 65 or older spends over $50,000 per year, and with people living longer, it's not impossible to think retirement could last 30 years or more, which easily brings the total cost up over $1.5 million.

When you start saving for retirement later in life, you're at a disadvantage because your savings don't have as long to grow before you must begin using them. Fortunately, the government throws people 50 and older a lifeline to help them catch up if they got a late start. They're called catch-up contributions, but according to the TD Ameritrade survey, only about 31% of Americans who qualify are taking advantage of them. Here's a closer look at why you should join them if you can. 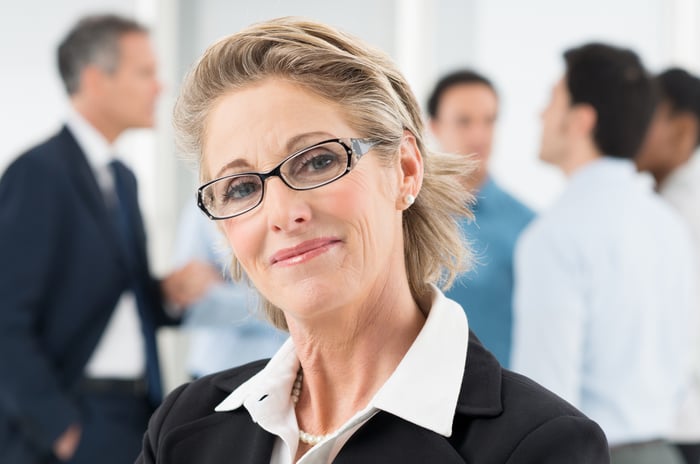 What are catch-up contributions?

403(b) accounts have the same catch-up limits as 401(k)s, while SIMPLE IRAs allow up to $3,000 extra in 2020. Simplified Employee Pension (SEP) IRAs do not allow catch-up contributions, but they have much higher regular limits to begin with.

You don't have to do anything special to qualify for catch-up contributions, as long as you'll be 50 or older by the end of the calendar year. How much you're allowed to contribute can change from year to year, so stay abreast of these changes if you plan to max out your retirement accounts. Exceeding the contribution limits for the year results in a 6% annual penalty on the excess amount until you remove it. If you withdraw the extra funds before the tax filing deadline for that year, you won't owe a penalty.

How much of a difference do catch-up contributions make?

Neither of the amounts above are enough to support a long retirement, but this should give you some idea of the difference that catch-up contributions can make. If you keep maxing out your retirement account contributions as limits rise over time, you could even end up with more than in the example above.

What if I can't afford catch-up contributions?

If you can't afford catch-up contributions, try to cut back on discretionary spending so you can put more money toward retirement. You could also try downsizing your home or moving to a more affordable area, if it's not too extreme.

Boosting your income is another option if you can't cut costs. Start a side job or pursue promotions at your current job, and put the extra toward retirement first.

If you can't do either of the things above or that still isn't enough, contribute as much to your retirement account as you can and make adjustments to your retirement plan. You might have to work a little longer, so keep yourself healthy and your job skills up to date so you can continue to work as long as you need to.

Catch-up contributions can help you get your retirement savings back on track if you weren't able to save as much as you wanted to when you were younger. Take advantage of them if you can afford to; if not, try to craft a new retirement plan based on what you are able to save now.