Please ensure Javascript is enabled for purposes of website accessibility
Log In Help Join The Motley Fool
Free Article Join Over 1 Million Premium Members And Get More In-Depth Stock Guidance and Research
By Katie Brockman - Mar 2, 2020 at 9:33AM

This trick can supercharge your savings, but most people aren't using it.

Although saving isn't easy, it's crucial to start planning early so you have a better chance of building a strong nest egg by the time you retire. And there's one trick to saving more that very few people are taking advantage of, new research reveals. 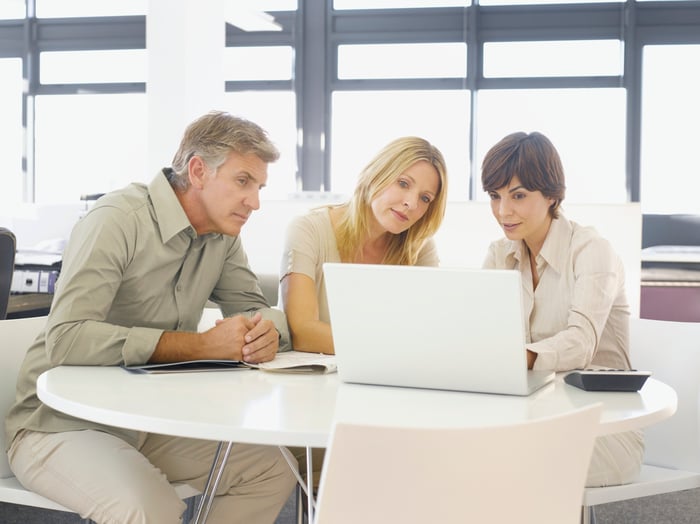 When you're trying to reach a goal -- financial or otherwise -- it's important to have a plan in place. However, only 16% of workers have a written retirement plan, a report from the Transamerica Center for Retirement Studies and the Aegon Center for Longevity and Retirement revealed.

An additional 42% of workers say they do have a retirement plan, according to the report, but it's not a written plan. While creating a plan in your head is certainly better than having no plan at all, there are some distinct advantages to writing your plan down.

For one, it will hold you accountable. If you simply tell yourself you'll save a certain amount of money each month for retirement, nobody will know if you don't stick to your savings plan. But when you write your goals down and create a written action plan for achieving them, that makes your plan more concrete.

How to create your financial plan

There are plenty of perks in creating a written retirement plan, but how, exactly, do you go about making one?

The calculator will also tell you how much you should be saving per month to reach your goal. Be sure to include that number in your written plan, because sticking to your monthly savings target will make it easier to achieve your overarching target. You may need to make some adjustments to your budget to save as much as you should each month, and although these cuts may be painful sometimes, it helps to keep your end goal in mind. You'll likely need to make sacrifices at some point, so if you don't make them now, you may have to make serious financial cuts during retirement.

Saving for retirement may not be your only goal to consider. You may also want to establish an emergency fund, for example, or pay off debt. When you have multiple goals you're trying to achieve simultaneously, it's even more important to have a written plan. When you write down all your goals, how much money you're allocating to each target, and how long you think it will take to reach each goal, you're much more likely to achieve them.

Managing your money isn't always easy, especially when it comes to saving for the future. But by coming up with a plan and writing it down, you're giving yourself the best shot of achieving your goals and retiring comfortably.