Please ensure Javascript is enabled for purposes of website accessibility
Log In Help Join The Motley Fool
Free Article Join Over 1 Million Premium Members And Get More In-Depth Stock Guidance and Research
By Maurie Backman - Mar 6, 2020 at 8:02AM

Waiting to file for benefits isn't easy, but in these scenarios, it makes sense to hold off as long as possible.

Your Social Security benefits are based on the wages you earn during your 35 highest-paid years in the workforce. But the age at which you claim benefits will determine how much money you actually get during retirement.

If you file for Social Security at full retirement age (FRA), you'll get the exact monthly benefit you're entitled to based on your earnings history. FRA is either 66, 67, or somewhere in between.

That said, you don't have to file for benefits at your precise FRA. You can claim them as early as age 62, all the while losing a portion of them for filing ahead of schedule. Or you can delay your benefits past FRA and boost them by 8% a year in the process, up until age 70, at which point the Social Security Administration will no longer reward you for waiting. 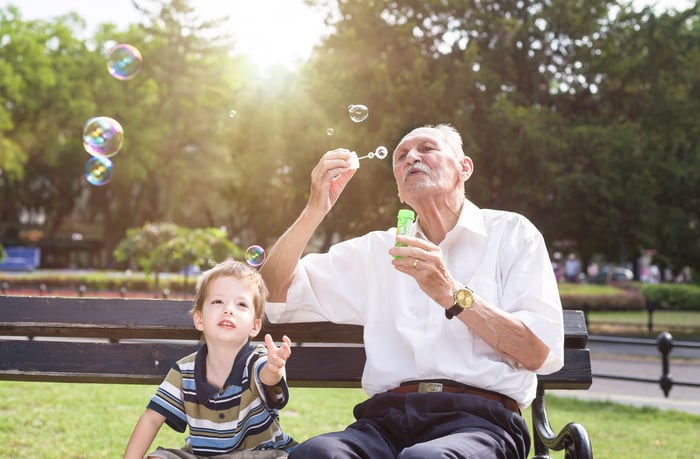 Most seniors don't file for benefits at 70 -- presumably because they don't want to wait that long to get their money. But in these situations, it pays to push yourself to hold off as long as possible.

1. You don't have a lot of retirement savings

Social Security will only replace about 40% of your pre-retirement wages if you're an average earner, and most seniors need a good 70% to 80% of their former income to maintain a comfortable lifestyle. Retirement savings can help fill that gap, but if you don't have a lot, you'll need to compensate. And growing your Social Security benefits are a good way to do so.

Generally speaking, it's good to enter retirement with about 10 times your ending salary socked away in an IRA or 401(k). There's wiggle room with that number, but if you're at the tail end of your career earning $100,000 a year and only have $250,000 in savings, it means you're looking at a shortfall. If you delay Social Security until age 70 for a maximum boost in benefits, that could help take the place of the savings you failed to amass.

2. Your health is great

Social Security is technically designed to pay you the same lifetime total regardless of when you initially claim benefits, but only if you wind up living an average lifespan. If your health is great and you're likely to live longer than the average senior, it pays to delay benefits as long as you can. Not only will you boost those benefits on a monthly basis, but you'll also do so on a lifetime basis.

3. You're still working at FRA and you like doing it

Many seniors claim Social Security as soon as they stop working because they need that money to replace their paychecks. Furthermore, many older workers aim to leave their jobs as soon as they reach FRA because they're tired of the stress and aggravation. That's certainly understandable.

But if you happen to love your job and don't mind doing it a few more years, then it absolutely makes sense for you to delay Social Security as long as possible. In doing so, you'll buy yourself more financial flexibility later in life.

Imagine that if you were to file for benefits at FRA, that income, combined with your savings, would give you enough to pay for basics plus modest entertainment and travel. Now let's go back to our example of a $1,600 monthly benefit at FRA increasing to $1,984 for an extra $384 a month, or $4,608 a year, by being pushed off until age 70. That's enough extra money to buy an additional vacation each year (and a nice one at that) or buy you the option to play golf more often, buy supplies for your garden, or spend money in a way that makes you happy.

Age 70 is by no means the most popular age to claim Social Security. In fact, less than 4% of seniors wait that long to file. But if any of the above factors apply to you, take it as a sign that claiming benefits at 70 could be your best bet.