Please ensure Javascript is enabled for purposes of website accessibility
Log In Help Join The Motley Fool
Free Article Join Over 1 Million Premium Members And Get More In-Depth Stock Guidance and Research
By Maurie Backman - Mar 12, 2020 at 6:02AM

Many seniors sign up for benefits at 65 because of one very flawed set of logic.

Seniors who are eligible for Social Security can claim benefits as early as age 62, or as late as age 70. In fact, 70 technically isn't the cutoff for claiming benefits -- you can file after age 70 if you so choose, but there's no financial incentive to go that route.

Meanwhile, eligibility for Medicare begins at age 65, and as such, many people make the decision to enroll in Medicare and start collecting Social Security at the same time. But doing so is a mistake you might ultimately regret. 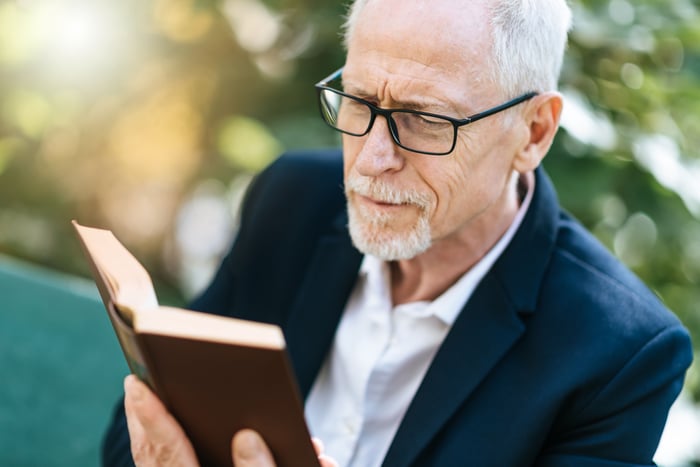 The problem with claiming Social Security at 65

Your Social Security benefits are calculated based on your earnings during your 35 highest-paid years in the workforce, and you're entitled to receive your full monthly benefit once you reach full retirement age, or FRA. Here's what FRA looks like:

As you can see, 65 is well ahead of FRA even if you're on the older side, and while you're allowed to claim benefits starting at 62, there's a downside to filing before FRA (or filing early, as many call it). Specifically, for each month you take benefits ahead of FRA, they'll be reduced for life. If your FRA is 67 and you start receiving Social Security at 65, you'll lose 13.34% of your benefits, and while that may seem like a small price to pay for getting your money sooner, it could also prove problematic if you'll be counting on Social Security to provide most, or a lot, of your retirement income.

Imagine you're entitled to $1,500 a month in Social Security (which is roughly what the average recipient gets today) at an FRA of 67. Filing at 65 will give you $1,300 a month instead. Will you miss that $2,400 a year? If you don't have a lot of retirement savings, probably. The same holds true if your healthcare expenses come in higher than anticipated -- which could easily be the case if you develop a chronic condition, or if Medicare costs continue to rise as they've been doing for years. As such, you shouldn't rush to claim Social Security simply because you're signing up for Medicare. Doing so could slash your most substantial income stream on a permanent basis for no good reason.

Remember, too, that you absolutely don't have to sign up for Social Security and Medicare simultaneously. There's no problem with enrolling for Medicare at age 65 and waiting until FRA or beyond to begin collecting Social Security. The only thing you do need to know is that if you're on Medicare alone, you'll be responsible for paying your monthly Part B premiums yourself. If you're on Social Security, those premiums get deducted from your benefits, which makes your life a little easier -- but not so much easier that it's worth giving up hundreds, or even thousands, of dollars a year.

Of course, in some cases, claiming Social Security at 65 does make sense. For example, if that's the age you're forced to retire (say, because of a layoff) and you need that money to pay your bills, then delaying your filing could cause you to rack up debt, which you don't want to do. Similarly, you may just decide that you've saved well enough to retire completely at 65 and collect Social Security at that point to pay for leisure and entertainment, even if that means lowering your benefits in the process. But one thing you shouldn't do is sign up for Social Security at 65 simply because you're enrolling in Medicare, since clearly, it's possible to do the latter without the former.