Warren Buffett is terrific, but do you know about Peter Lynch? He has a lot to teach you, too.

In the 1980s, one of the most well-known and most successful mutual funds was the Fidelity Magellan fund (FMAGX 294.10%), and it was helmed by Peter Lynch, who ranks among the best investors ever. Just how good was Mr. Lynch? Well, from 1977 to 1990, the Magellan fund's net asset value grew by an annual average of about 29% -- almost double the growth rate of the S&P 500 index fund.

It's hard for any investor to achieve a 29% gain in a single year, and averaging that over many years hardly ever happens. Fortunately, Mr. Lynch hasn't kept his investing thoughts to himself. He has written several well-regarded books that are considered classics by many: One Up on Wall Street, Beating the Street, and Learn to Earn (the last one co-authored with John Rothchild). You're likely to emerge a smarter, savvier investor if you read one or more of those books, but you might start with nine of Lynch's lessons, below:

No. 1: "In the stock market, the most important organ is the stomach. It's not the brain."

The past few months of stock market volatility have certainly made clear what Peter Lynch was saying in this quote. Those who don't expect volatility and can't handle it should look elsewhere to build wealth -- although there are few places where you can build wealth over the long run as effectively as in stocks. Lynch added: "You've got to look in the mirror every day and say: What am I going to do if the market goes down 10%? What do I do if it goes down 20%? Am I going to sell? Am I going to get out? If that's your answer, you should consider reducing your stock holdings today."

Emotions can be a real performance killer, if market drops get you selling out in a panic, or market surges have you greedily snapping up overvalued shares. The best investors will do the opposite. As Warren Buffett has quipped, it's best to be greedy when others are afraid and afraid when others are greedy. 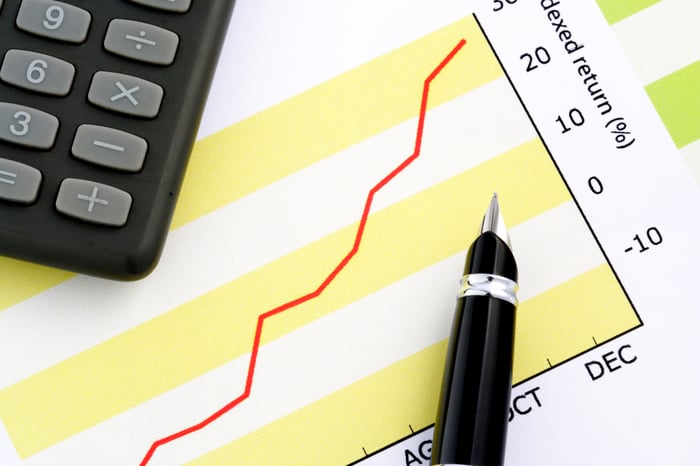 No. 2: Buy what you understand

It's also important to only invest in the stock of companies you understand -- and some companies are far easier to understand than others. It's not enough to understand, for example, that a certain company makes cancer-fighting drugs. You need to know what drugs the company has on the market and how well they're selling, what drugs are in its pipeline, and how close to market they are (noting that many drugs never clear clinical trials well enough to make it to market). You need to know about competitors' drugs on the market and in pipelines, too.

Companies that make and sell soda or candies or shoes are simpler. Aim to be very familiar with the companies and industries in which you invest. Lynch has explained that, "If you're prepared to invest in a company, then you ought to be able to explain why in simple language that a fifth grader could understand, and quickly enough so the fifth grader won't get bored."

No. 3: Don't be intimidated

It's easy to let stock investing intimidate you -- after all, there's some math involved. But much of the math isn't that complicated. The price-to-earnings (P/E) ratio, for example, is a mere ratio -- the stock's current price divided by its annual earnings per share (EPS). A dividend yield is simply the stock's annual dividend (which is often four quarters' worth of payments) divided by its current stock price. As Lynch has noted, "Everyone has the brainpower to follow the stock market. If you made it through fifth-grade math, you can do it."

Many people buy stocks after only reading a little about them in an article, or, worse, after just hearing a little from a friend or acquaintance. For best results, you need to pore over a company's financial statements, checking to see how much cash and debt it has, how fat its profit margins are, whether its revenue and earnings are growing, and by how much, and other numbers like that.

Ideally, collect lots of ideas of promising companies and study them, to see which remain really promising to you. Per Peter Lynch, "The person that turns over the most rocks wins the game. And that's always been my philosophy." He also said, " Never invest in any company before you've done the homework on the company's earnings prospects, financial condition, competitive position, plans for expansion, and so forth."

No. 5: Understand that there are grey areas

Lynch has said, "Investing in stocks is an art, not a science, and people who've been trained to rigidly quantify everything have a big disadvantage." That's important, because investing isn't solely about numbers and math. Consider, for example, a classic disaster story: The Long Term Capital Management hedge fund was literally run by several Nobel Prize winners, and yet it imploded in 1998, and had to be bailed out with several billion dollars.

Investing in individual stocks involves making educated estimates of how companies will perform; and when several smart and talented people study the same company, they may reasonably come up with different estimates and viewpoints. The car company Tesla is a good example, as it has ardent supporters and detractors.

No. 6: Look behind the obvious

Another bit of Peter Lynch gold is this: "During the Gold Rush, most would-be miners lost money, but people who sold them picks, shovels, tents, and blue-jeans (Levi Strauss) made a nice profit. Today, you can look for non-internet companies that indirectly benefit from internet traffic (package delivery is an obvious example); or you can invest in manufacturers of switches and related gizmos that keep the traffic moving."

It's easy to see obviously promising stock ideas, but many others have often already noticed them, driving up their share prices. Many times, though, there are lots of other companies working in the shadows, supporting those companies. For example, Apple has been wildly successful, but it's not succeeding alone; it has many suppliers of parts for its hardware, such as Universal Display. If you're bullish on e-commerce, you might look into the companies doing a lot of delivering, such as FedEx and UPS, as well as various retailers. For the restaurant industry, you might look into equipment makers such as Middleby.

All of this might have you realizing that studying companies is just not something you can do, either now or ever. You may not have the time, the interest, or the skills to do it or to even learn about it right now.

That's OK, because there's a solid alternative: Mutual funds. Remember, after all, that it was a mutual fund, Magellan, that sported that amazing 29% annual return. That said, though, remember that such an amazing record is exceedingly rare and rather impossible to find before it happens. For most of us, it's probably best to just opt for low-fee, broad-market index funds, such as those based on the S&P 500. They have actually outperformed most other stock mutual funds over long periods. As Peter Lynch has noted, "Equity [stock] mutual funds are the perfect solution for people who want to own stocks without doing their own research."

It's also important to expect losses when investing. They will happen no matter how good or bad an investor you are, and no matter whether you're investing in individual stocks, managed stock mutual funds, or index funds. Even Warren Buffett has made some regrettable moves, as has Peter Lynch, who said, "In this business, if you're good, you're right six times out of ten. You're never going to be right nine times out of ten."

Finally, be patient, because most great wealth from the stock market is built over decades -- by rich and famous folks such as Buffett and Peter Lynch and by ordinary people who got rich investing, too. As Peter Lynch has said: "Time is on your side when you own shares of superior companies."

Consider reading at least one book on investing by Peter Lynch. His writing is extremely accessible to most readers, and his lessons can help you make a lot of money.