Please ensure Javascript is enabled for purposes of website accessibility
Log In Help Join The Motley Fool
Free Article Join Over 1 Million Premium Members And Get More In-Depth Stock Guidance and Research
By Jason Hall - Updated Mar 25, 2020 at 8:04AM

An analyst reaffirmed his thesis for the tech giant, sending its shares up, along with three other tech stocks that rely on Apple for a portion of their sales.

In a big day for stocks -- with the S&P 500 up 7% at 2:04 p.m. EDT on Tuesday -- shares of Apple (AAPL 2.45%) are up 6.2%. While today's surge in the tech giant's stock is partly just the product of a big day for the market, one analyst issued a note to investors reaffirming that his long-term thesis hasn't changed, though his near-term estimates have.

Oppenheimer's Andrew Uerkwitz expects the iPhone maker's results to recover more quickly than other smartphone makers, due to the company's balance sheet and operations strength, along with the "essential" nature of the iPhone for millions of people around the world. 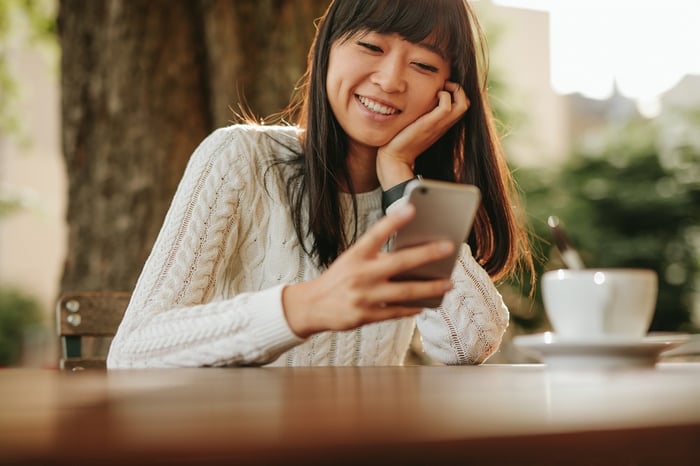 As today's surging market reminds us, investors are looking for any good news they can find, with global recession a certainty. Markets are hopeful that we will see a major financial package from the U.S. government soon, worth as much as $2 trillion to support consumers and businesses affected by efforts to slow the spread of COVID-19.

The expectation is that when things start to return to normal, Apple and its suppliers will benefit from a return to more-typical consumer spending -- and possibly some pent-up demand for new iPhones.

Today probably feels good if you own any of these stocks, but it's also a good time to be realistic. We are just starting to get the first pieces of real data to measure how the economy will be affected by the COVID-19 recession, and the early numbers aren't good. Most economists are predicting we will see a sharper decline in economic activity than during the Great Recession, the worst global financial crisis in the past 80 years.

In other words, today's optimism could evaporate once the data starts coming in, especially the jobs numbers and company earnings reports -- which won't be pretty.

That's not to say investors shouldn't cheer a little bit today, and it's definitely not a call to sell. Even if things get worse, they will also get better in time. Even if we see prices fall more in the weeks and months to come, when you look out a few years from now, the investors who buy and hold during a market crash come out as winners in the long term.