Please ensure Javascript is enabled for purposes of website accessibility
Log In Help Join The Motley Fool
Free Article Join Over 1 Million Premium Members And Get More In-Depth Stock Guidance and Research
By Maurie Backman – Apr 9, 2020 at 6:04AM

Here's what you need to know about collecting both sets of benefits simultaneously.

The COVID-19 crisis has sparked an uptick in unemployment claims, with millions of Americans filing over the past two weeks and many more likely to file during April. If you've lost your job due to no fault of your own -- meaning, you weren't fired for cause -- and you meet the earnings requirements in your state, you'll generally be eligible to collect unemployment benefits. But what if you're working and collecting Social Security simultaneously? Will you still qualify for unemployment, or will one set of benefits prevent you from collecting another?

Can you double dip?

Your weekly unemployment benefit is based on your state's benefit rate coupled with your recent wage history. Meanwhile, your Social Security benefits are calculated based on how much you earned during your 35 highest-paid years in the workforce. You're entitled to your full monthly Social Security benefit based on your income history once you reach full retirement age, which, depending on the year you were born, is 66, 67, or 66 and a certain number of months. 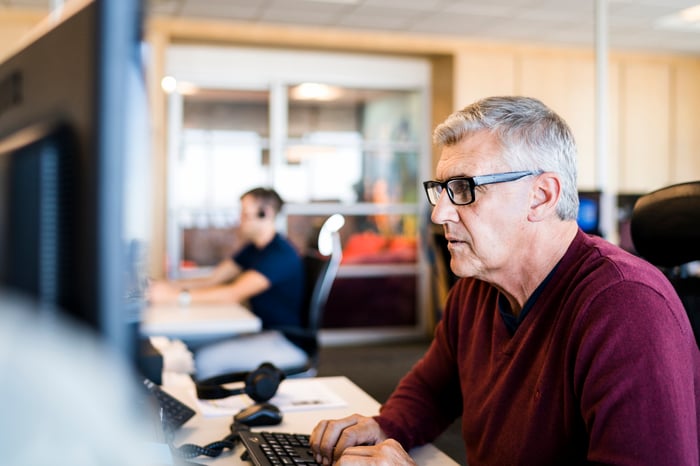 Should you claim Social Security if you've been laid off?

Though unemployment benefits will put some money back in your pocket, they won't replace your entire paycheck -- though if you file right now, you'll be entitled to an extra $600 a week as part of the COVID-19 relief package that was recently approved. You may be tempted to claim Social Security to make up the difference. But before you do, remember that filing prior to full retirement age will result in an automatic reduction in your monthly benefits, and that's a hit that could really hurt you on a long-term basis. This especially holds true if you don't have much in the way of retirement savings.