Please ensure Javascript is enabled for purposes of website accessibility
Log In Help Join The Motley Fool
Free Article Join Over 1 Million Premium Members And Get More In-Depth Stock Guidance and Research
By Maurie Backman – Apr 19, 2020 at 8:18AM

Could your money be in jeopardy?

The COVID-19 crisis has been wreaking havoc on the economy for roughly a month now, and affected Americans are growing increasingly desperate. Thankfully, there's relief on the horizon in the form of the $1,200 stimulus checks that have already begun hitting some people's bank accounts.

Eligibility for a stimulus payment hinges on the income reported on your most recently filed tax return. If your adjusted gross income is $75,000 or under and you're a single tax filer, you get your $1,200 stimulus in full, and you may be eligible for an additional $500 per qualifying child in your household. The same holds true if your adjusted gross income is $150,000 or less as a married couple filing jointly. But before you start making plans to spend that money or use it to cover essential bills, you should know that if you're on the hook for outstanding debt, you may not get your hands on that cash at all. 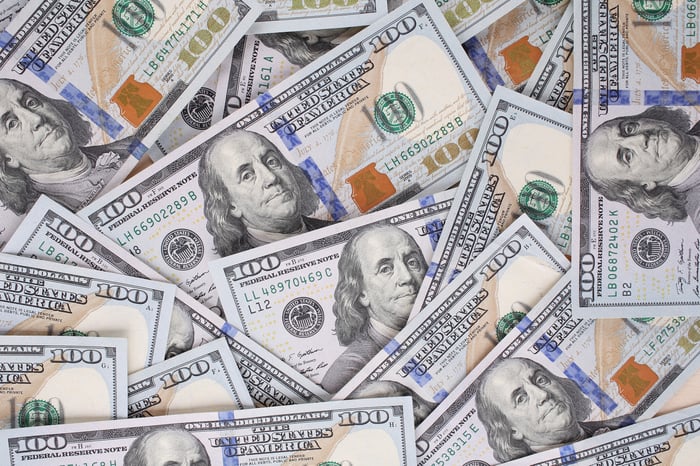 Are debt collectors coming for your money?

Debt collectors can't just sweep in and snatch up your stimulus money out of the blue. To be eligible to garnish that payment, your creditors will need to have obtained a judgment against you in court. But if that's the case, your stimulus money could be in jeopardy. And unfortunately, there's no provision in the COVID-19 relief package that states that stimulus payments are exempt from garnishment.

That said, lawmakers are pushing to alter those rules by protecting stimulus payments from that very fate. The logic is that that money is coming as a response to a crisis, and many of those who stand to collect it need that cash to pay near-term bills and put food on their tables. But as of this writing, there's been no new universal guidance issued on the matter.

If you're at risk of having your stimulus money garnished, there may be a few things you can do to prevent that from happening. First, if you receive a check in the mail -- which should be the case if the IRS doesn't have bank account information for you on file -- you can cash that check rather than deposit it. When a garnishment comes through against you, your bank can be ordered to freeze your account, but if that money isn't in your account, your creditors can't touch it. You can also try consulting with an attorney if you fear your stimulus is at risk, though if you're in a position where you're banking on that $1,200 to pay for basics, you may not be able to swing the fees associated with hiring a lawyer.

Finally, don't lose hope. Some state and local governments have already issued emergency orders to stop garnishments from happening, so depending on where you live, your money may be safe. And, as mentioned earlier, we may see an across-the-board ban on garnishing stimulus money since its intent is to pull Americans through a crisis -- not dangle a carrot in front of their noses only to snatch it away.