Please ensure Javascript is enabled for purposes of website accessibility
Log In Help Join The Motley Fool
Free Article Join Over 1 Million Premium Members And Get More In-Depth Stock Guidance and Research
By Maurie Backman – Apr 25, 2020 at 7:36AM

Unfortunately, some Americans won't be entitled to stimulus money at all.

The COVID-19 crisis has hurt millions of Americans financially. To provide relief, lawmakers passed a $2 trillion package that includes a one-time $1,200 stimulus payment, plus an extra $500 for dependent children under the age of 17.

Many people have already seen their stimulus cash hit their bank accounts. Those who haven't received a recent tax refund via direct deposit or don't register their bank account details with the IRS will have to wait for a paper check in the mail.

But some Americans won't be entitled to a stimulus payment at all. If you fall into one of the following categories, you unfortunately won't be getting that windfall. 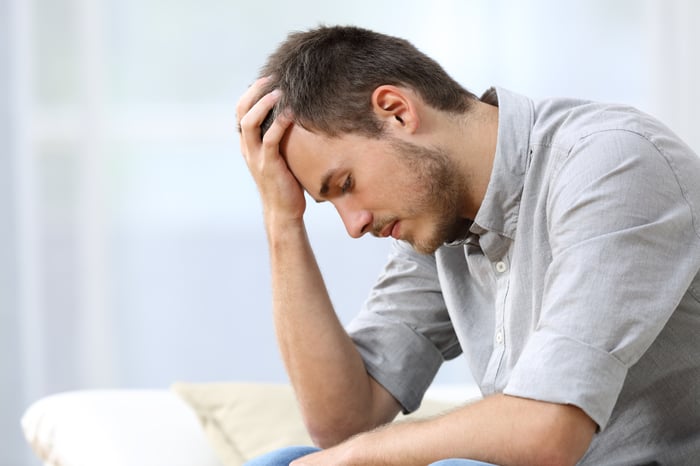 1. Your income is too high

A number of tax breaks phase out for higher earners, and some Americans with greater incomes will be ineligible for stimulus cash. Your eligibility will hinge on the adjusted gross income (AGI) the IRS has on file for you for either 2018 or 2019. Many people haven't filed their 2019 taxes yet since the deadline was pushed back to July 15. If that's the case, the IRS will use your 2018 data to determine your stimulus eligibility.

Meanwhile, here are the income thresholds that will dictate whether you get a payment or not:

Keep in mind that the above numbers assume you don't have children. If you do, there's more wiggle room with the upper end of that range. That's because stimulus payments are reduced by $5 for each $100 that your income exceeds the initial AGI threshold.

2. You're an adult who's claimed as a dependent by someone else

Parents of dependent children under the age of 17 are entitled to an extra $500 in stimulus cash. But if you're an adult who's claimed as a dependent on someone else's tax return, you won't get a stimulus payment at all.

Imagine you're a 21-year-old college student without an income and your parents list you as a dependent on their taxes. That means they won't get a $500 boost for you since you've over the age of 16, and you also won't get a stimulus payment because you're claimed as a dependent.

3. You're married to someone without a Social Security number

An estimated 1.2 million immigrants are married to U.S. citizens, but if you're in a marriage where only one of you has a Social Security number, both you and your spouse will be barred from receiving a stimulus payment.

That assumes, however, that your tax status is married filing jointly. If you're married but file a separate tax return from your spouse, and your spouse doesn't have a Social Security number, you can at least receive your payment. And if you haven't yet submitted your 2019 tax return, you still have an opportunity to change your filing status so you can collect your stimulus. But be careful -- you may lose out on other tax breaks by filing a separate return, so make sure going that route is really worth it. And if you decide that it's not worth filing a separate return, you unfortunately won't collect a stimulus check.

At a time when so many Americans are struggling financially, a $1,200 stimulus payment could go a long way. If you're not getting one, it pays to seek out other forms of financial relief during this difficult period -- namely, by reaching out to your loan servicers, mortgage company or landlord, and utility providers and asking for more time to pay your bills. A lot of companies are being far more flexible with customers and borrowers these days, which could buy you some breathing room in the absence of a stimulus check.