Please ensure Javascript is enabled for purposes of website accessibility
Log In Help Join The Motley Fool
Free Article Join Over 1 Million Premium Members And Get More In-Depth Stock Guidance and Research
By Maurie Backman - Apr 30, 2020 at 8:36AM

At a time when so many Americans are struggling, unemployment delays could be downright catastrophic.

COVID-19 has turned the U.S. economy on its head. In the past six weeks, millions of Americans have been forced out of their jobs, leaving them to rely heavily on unemployment benefits to cover their bills.

Usually, those benefits do a poor job of replacing paychecks in full, as they're limited to a certain percentage of workers' previous earnings. Furthermore, they generally expire after 26 weeks. 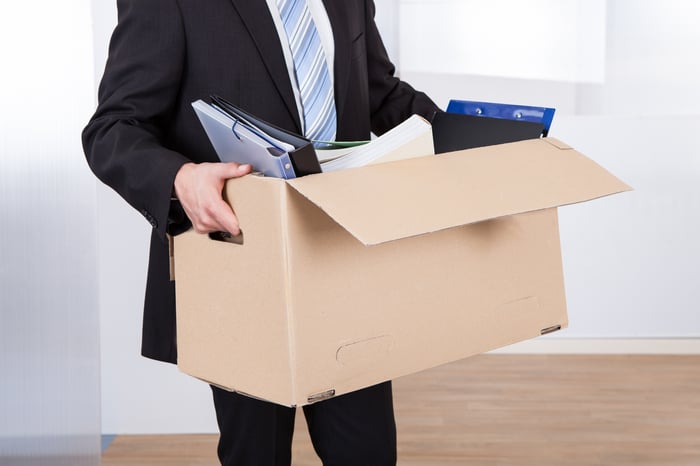 The problem? Some states are delayed in paying unemployed workers the extra $600 a week they're now entitled to. And that could leave countless Americans in a financial lurch.

Though regular unemployment benefits are state-funded, the $600 weekly boost now available to workers is federally funded. As such, workers in a number of states may start seeing two separate weekly payments rather than a single weekly benefit. But because unemployment filing systems (many of which run on an archaic programming language to begin with) are crashing left and right due to an influx of applicants, claims are taking longer to process, and benefits are getting delayed. Hawaii, for example, which has experienced the greatest uptick in unemployment claims relative to its workforce size, is behind in sending out the $600 weekly boost its workers are entitled to, and that's just one example.

Gig workers are also struggling to get their hands on the money they're due. Normally, self-employed workers aren't entitled to unemployment benefits, but they're now eligible through the CARES Act. But many are still experiencing delays in having their claims processed. In Maine, for example, independent contractors have yet to be able to file for benefits.

What to do while you're waiting on benefits

Many Americans won't be able to pay their bills in the absence of the full unemployment income they're entitled to, including those weekly $600 boosts. If you're still waiting on your money, discuss your circumstances with your lenders and service providers and ask for more time to pay your bills. If you can get an extra 30 or 45 days to pay your gas bill in full, or to pay for your internet service, it could make for a much less stressful situation (though keep in mind that right now, companies aren't shutting off service for non-payers, so while you may rack up a large tab by not paying some bills for a while, you shouldn't be at risk of having the lights turned off or your internet service disconnected). You can also ask your mortgage lender to put your home loan into forbearance for a period of time, and if you're a renter, your landlord may give you some wiggle room, too.

Finally, rest assured that if your unemployment claim has been approved but you've yet to see your extra $600 a week, you shouldn't have to file again. Rather, you'll mostly need to sit back, be a little patient, and wait for things to sort themselves out.