Please ensure Javascript is enabled for purposes of website accessibility
Log In Help Join The Motley Fool
Free Article Join Over 1 Million Premium Members And Get More In-Depth Stock Guidance and Research
By Maurie Backman - May 4, 2020 at 9:01AM

Steer clear of these blunders as you navigate these extremely challenging times.

The COVID-19 outbreak has been hard on younger Americans and seniors alike. If you're in the latter camp, the stress and severity of the ongoing crisis could drive you to make the wrong move with regard to Social Security -- and sorely regret it after the fact. Here are three mistakes you'll specifically want to steer clear of.

You're allowed to sign up for Social Security as early as age 62, but for each month you claim benefits ahead of full retirement age (FRA), they're reduced on what's generally a permanent basis. FRA is either 66, 67, or somewhere in between, depending on your year of birth. 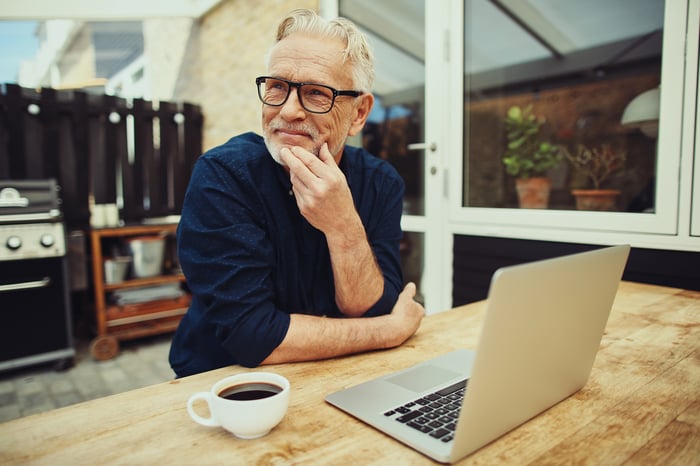 Now if you've lost your job or have seen your hours get cut, you may be inclined to file for Social Security early to make up for that missing income. But before you lock in a lower monthly benefit for the rest of your life, see what other options are available to you. If you were laid off through no fault of your own, you'll generally be entitled to unemployment benefits, which will now, because of COVID-19, pay you an extra $600 a week on top of the benefit you'd normally qualify for. And you can file for unemployment if you're still working but have seen your hours or income reduced.

You may also be able to tap your emergency fund to pay your bills, or use the $1,200 stimulus check that may be on its way. And, you can talk to your lenders and service providers about getting more time to pay your bills. Either way, be sure to explore your options before rushing to claim benefits early, because you may not have to resort to that.

2. Waiting to claim benefits when you're truly out of money

The longer you hold off on filing for Social Security, the higher your monthly benefit will be in retirement (up to a certain point -- there's no sense in delaying your filing past age 70). But if you're truly desperate for money and can't pay your bills without those benefits, filing immediately is a far better bet than racking up unhealthy credit card debt to cover your essential expenses. Not only is that debt likely to haunt you throughout retirement, but it could destroy your credit, making it harder to borrow again if the need arises.

3. Assuming you can't claim benefits if you're still working

Many people have managed to retain their jobs during the COVID-19 crisis, but have seen their hours or income reduced. If that's the case, and you're struggling financially because of it, you should know that you're allowed to claim Social Security, even if you're also earning some amount of money in paycheck for,.

Another thing: Once you've reached FRA, you can work and collect Social Security simultaneously without an impact to your benefits at all. Granted, as long as you have some money coming in from work, you may be able to get by on those earnings plus some unemployment income. But if that's not the case, don't assume you can't claim your benefits.

Signing up for Social Security could make the ongoing crisis easier to manage. While you shouldn't be too quick to file for benefits, you also shouldn't deny yourself that option if you're truly in a tough spot and need that money to make ends meet.