Please ensure Javascript is enabled for purposes of website accessibility
Log In Help Join The Motley Fool
Free Article Join Over 1 Million Premium Members And Get More In-Depth Stock Guidance and Research
By Maurie Backman – May 5, 2020 at 6:04AM

Seniors are often told not to sign up for Social Security before full retirement age. But here's when it pays to ignore that advice.

Social Security is a vital source of income for millions of seniors today, and for some, those benefits constitute the bulk of their income. As such, it's important to file for those benefits at precisely the right time.

You're allowed to sign up for Social Security as early as age 62, but if you wait until full retirement age (FRA), you'll avoid a reduction in benefits. FRA is either 66, 67, or somewhere in between. It's a function of your birth year, and it's the point at which you can claim your full monthly benefit based on your earnings history. For each month you file for benefits ahead of FRA, you'll reduce them in the process, and so you'll often hear that claiming Social Security early is a bad idea. But in these cases, filing early actually makes a lot of sense. 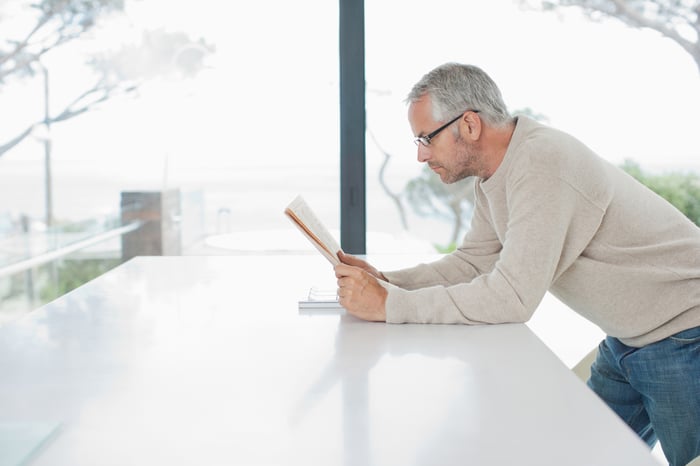 1. You're out of work and need the money

Losing a job can be stressful at any age, but when you're older, it can be even tougher. Unfortunately, many older job-seekers fall victim to age discrimination, where they're denied opportunities due to the fact that they're nearing retirement.

If you're out of work and are struggling to become employed again, you may reach a point where you can no longer pay your bills. After all, unemployment benefits only last so long, and depending on your income, they may not do a great job of replacing your paycheck while you're collecting them. As such, you may find that without Social Security, you'll risk racking up debt in the course of keeping a roof over your head and food on the table -- and that's not a risk worth taking if filing for benefits early is an option you can pursue instead.

2. Your health is extremely poor

Social Security is designed to pay you the same lifetime benefit regardless of when you first sign up for it, assuming you live an average lifespan. But if your health is in bad shape and you have reason to believe you'll pass away at a relatively young age, then you're generally better off claiming benefits early. Though you'll get a lower benefit each month, your lifetime benefit may wind up higher if you go this route.

3. You can easily afford retirement without it

Many seniors rely on Social Security to make ends meet in retirement. But if you've saved well enough to cover your essential living costs without those benefits, then it pays to claim them early for one big reason: Doing so could help you meet certain goals or enjoy life while you're younger.

Imagine you've always wanted to travel, but you mostly put it off to focus on your career and raise your children. If you're now in your early 60s and are itching to see the world, claiming Social Security right away could make that happen. Granted, the same may hold true if you wait until FRA to claim benefits, but it stands to reason that the younger you are, the more energy you're apt to have to globe-trot -- which is why claiming Social Security early makes sense in this scenario.

Many seniors should absolutely not file for Social Security early. If you're still working, have no known health issues, and have very little savings, then it certainly pays to wait until FRA to sign up for benefits to avoid a lifelong reduction in your monthly Social Security income. But if the above scenarios apply to you, filing for benefits really does make sense.