Please ensure Javascript is enabled for purposes of website accessibility
Log In Help Join The Motley Fool
Free Article Join Over 1 Million Premium Members And Get More In-Depth Stock Guidance and Research
By Maurie Backman – May 9, 2020 at 7:36AM

The majority of seniors wind up needing long-term care, so you'd better gear up for what could be an inevitable expense.

It's estimated that 70% of seniors aged 65 and older will need some amount of long-term care in their lifetime. That care might entail a two-year nursing home stay or a few months of home health aide visits.

Without a crystal ball, it's impossible to predict to what extent you'll need long-term care and what your costs associated with it will look like. But in a recent survey by the Employee Benefit Research Institute, nearly 50% of workers today aren't confident in their ability to pay for long-term care during retirement.

If you're one of them, it's imperative that you take steps to get ahead of what could be the most substantial expense you'll face as a senior. 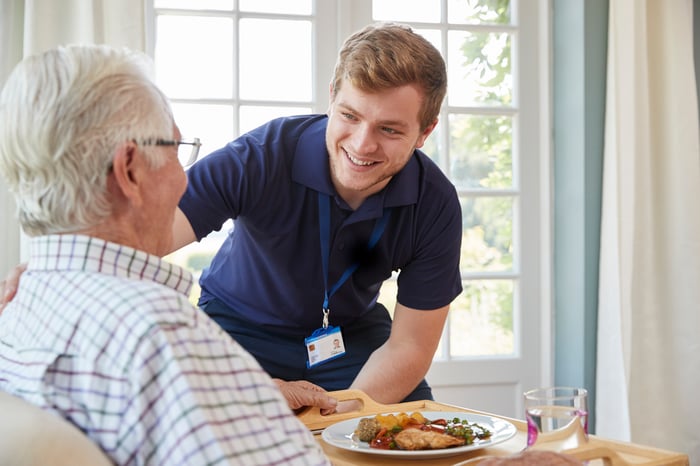 What does long-term care cost?

Here's what the average cost of long-term care looked like in 2019, according to Genworth:

But understand that these figures are just averages, and in some parts of the country, all of these expenses can be exponentially higher.

There's quality of care to consider, as well. The typical nursing home might cost $90,155 to $102,200 per year, but a facility with a more favorable ratio of staff to residents might cost an extra $1,000 per month. And as is the case with all things healthcare-related, long-term care costs aren't immune to inflation, which means we could easily see these numbers climb exponentially in the coming years.

Will Medicare pay for long-term care?

Generally, Medicare will not cover the cost of long-term care for one big reason: It's considered custodial in nature. Custodial care refers to assistance with everyday living tasks, like dressing and bathing. Medicare, on the other hand, will only pay for care that's medical in nature -- physical therapy following an injury or rehabilitation that's needed after surgery.

How to plan for long-term care

There are two things you can do to protect yourself from the colossal cost of long-term care. First, boost your retirement savings. The more money you have socked away in an IRA or 401(k), the easier it'll be to swing some of the bills you might eventually face.

Secondly, get yourself long-term care insurance. Is it expensive? Yes. But can it pay for itself in the event you need extended long-term care as a senior? Absolutely.

But say you wind up paying those premiums as a couple for 25 years. At that point, you're looking at $76,250. If both you and your spouse need nursing home care for two years that your policy pays the bulk of, you'll come out ahead financially, despite having forked over that much money in your lifetime.

The best age to apply for long-term care insurance is during your 50s -- specifically, your mid-50s. That way, you're not paying those premiums for too long but also applying at a point when you're young enough to lock in a more reasonable rate. Furthermore, if you have money set aside in a health savings account, you can use those funds to cover your premium costs.

A large number of seniors will inevitably wind up needing long-term care, and it's important that you approach retirement feeling confident in your ability to pay for it. If you're already in your 50s, it pays to apply for long-term care insurance sooner rather than later. Knowing what your options for coverage entail is the first step toward buying yourself some much-needed financial security during your later years.