Please ensure Javascript is enabled for purposes of website accessibility
Log In Help Join The Motley Fool
Free Article Join Over 1 Million Premium Members And Get More In-Depth Stock Guidance and Research
By Maurie Backman - May 20, 2020 at 6:36AM

It pays to work in some capacity during your senior years.

After a lifetime of effort, you may be more than ready to stop working once you reach a certain age. A lot of people don't work in retirement, but there are benefits to holding down a job in some capacity as a senior. In fact, 74% of workers today say they plan to have a job in retirement, according to a recent survey by the Employee Benefit Research Institute. Here's why you may want to plan on that, too.

1. You can make up for limited savings

An estimated 53% of workers in their 50s have less than $100,000 in retirement savings, according to a survey by TD Ameritrade released earlier this year. If you're in the same boat, you may have an opportunity to catch up somewhat, but if you're planning to retire during your 60s, you may still fall short despite your best efforts. And if that's the case, some extra money from a job could come in quite handy. 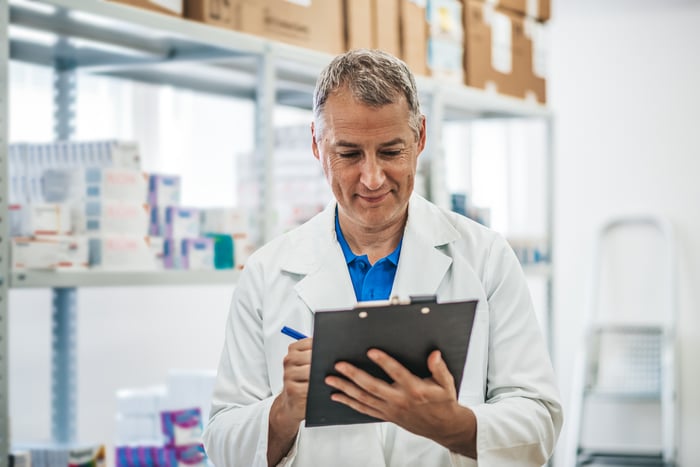 2. You can compensate for reduced Social Security benefits

While Social Security is in no danger of going away completely, there's a chance benefits will be subject to cuts once the program's trust funds run dry. As of now, that's expected to happen in 2035, at which point benefits may be slashed substantially. Of course, Social Security was never designed to sustain seniors in the absence of other income. Even without cuts, those benefits will generally only replace about 40% of an average worker's pre-retirement income, and most seniors need around twice that much money to live comfortably. But since cuts are on the table, working during retirement is a financially sound idea.

3. You can stave off boredom

There's a reason retirees are more likely than workers to fall victim to depression -- not having structure or a routine can quickly lead to feelings of restlessness, dissatisfaction, and boredom. A good way to prevent that, therefore, is to work and keep busy. By putting in some amount of time at a job, you can add structure to your days, and do so in a way that also boosts your income. That extra money can then buy you more entertainment for when you're not working. For example, holding down a job in retirement may allow you to travel three or four times a year instead of just once. Or, it may buy you the option to dine out several nights a week instead of just a handful of times per month.

What could working during retirement look like for you?

When you contemplate the idea of working in retirement, you might imagine yourself fielding phone calls, sitting at a computer, or greeting customers at a retail store. In reality, you have so many more options that than. You could join the gig economy and set your own hours, all the while doing something you enjoy, like caring for pets or perhaps teaching a musical instrument you love to play. Or, you could start your own business. There are plenty of options to choose from, so if you don't like the idea of punching a clock or answering to a manager once you're retired, become your own boss. You deserve to call the shots, and any type of job you take on will serve the very important purpose of keeping you busy while boosting your senior income.