Please ensure Javascript is enabled for purposes of website accessibility
Log In Help Join The Motley Fool
Free Article Join Over 1 Million Premium Members And Get More In-Depth Stock Guidance and Research
By Maurie Backman – May 29, 2020 at 6:18AM

Though lots of people are suffering financially right now, some Americans have been hit the hardest.

The COVID-19 crisis has been hard on Americans across the board, but new data from the Financial Health Network reveals that some demographic groups are being hurt more than others. A good 33% of Americans have lost income due to COVID-19, but that said:

Meanwhile, among workers who have seen their income decline since the crisis took hold, 34% have spent down their entire savings, 16% have sold items to bring in cash, and 14% have had to borrow money from friends and family to cover expenses. Additionally, 5% of those who have lost income have borrowed money from a retirement account -- an option that might seem like a good solution, but one that's loaded with drawbacks. 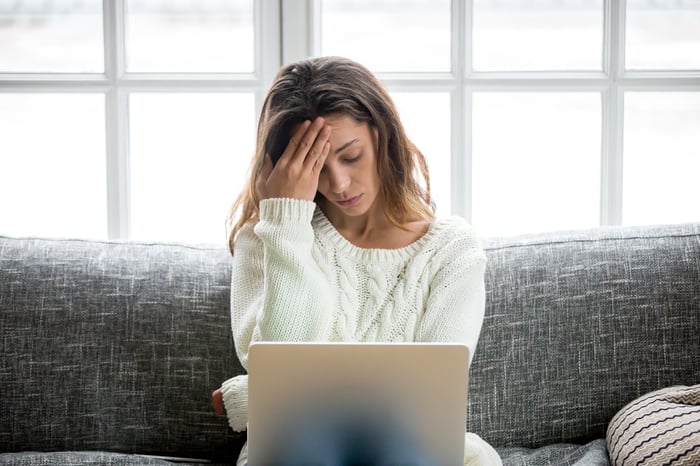 While many Americans have lost money during the ongoing crisis, the silver lining that's been touted repeatedly is the one-time $1,200 stimulus payment that came as part of the CARES Act. Unfortunately, only 37% of people earning less than $30,000 had received their stimulus payment as of May 7, compared to over 59% of people earning more than $30,000. A big reason for this is that low earners often don't file tax returns, so the IRS likely didn't have their direct-deposit details on record to send those stimulus payments electronically. Instead, those people may still be waiting for a check to arrive in the mail.

Of course, some lower earners have already gotten their stimulus cash, but among those earning less than $30,000 who received that money already, more than two-thirds have used it to cover basic expenses that couldn't wait, like food, medication, or rent. This clearly makes the case for a second stimulus payment -- something Democratic lawmakers, in particular, have been trying to push through.

If you've lost income during the ongoing crisis and have already spent down your savings and stimulus, reach out to your lenders and service providers and ask for relief. Your utility provider, for example, might allow you to delay your next bill or two, while your landlord might agree to a lower monthly rent payment until your circumstances improve.

At the same time, make sure you've applied for whatever benefits you're entitled to. If your hours have been cut, you may be eligible for unemployment income, even if you're still earning a paycheck. And if you're at least 62 years old and are struggling financially because of the crisis, filing for Social Security benefits may be a solution (though you will, unfortunately, reduce your monthly benefit, possibly for life, by virtue of filing ahead of full retirement age).

If you're a member of the U.S. military or a veteran, there may be financial-assistance programs you're eligible for, too. Don't hesitate to explore your options as we all navigate this difficult time.